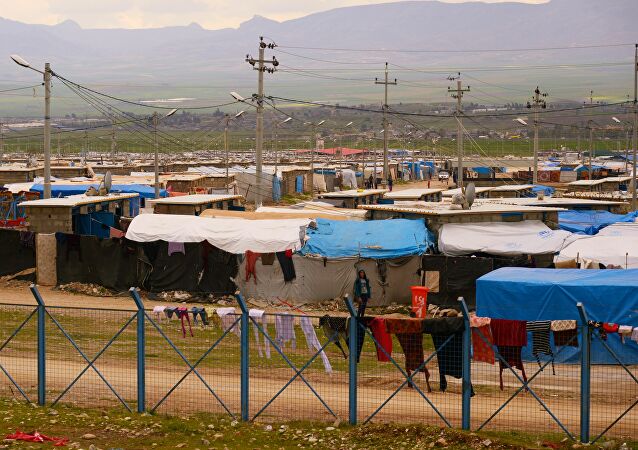 Shafaq News/ Many displaced families who repatriated to their homeland in the district of Sinjar demanded to go back to Internally Displaced Persons (IDPs) camps in Duhok due to the deterioration of living conditions.

"400 families have applied to return to the camps of Duhok due to the poor security and economic conditions, and the failure of the Sinjar agreement," the Director of the Migration and Displacement Department in Duhok, Bir Dayan, told Shafaq News Agency.

"Putting this agreement into force is the government's responsibility," the local official added.

"The deal ends the authority of intruding groups and paves the way for the reconstruction of the city and the full return of its people in coordination with the Kurdistan Regional Government," PM Mustafa al-Kadhimi said at the time.

According to the agreement, all armed factions shall be deported outside the borders of Sinjar, including the Kurdistan Workers Party (PKK) and al-Hashd al-Shaabi (Popular Mobilization Forces-PMF).

Official: +1,700 families have moved from Sinjar to Duhok since the army-PKK clashes erupted

Duhok and Mosul celebrate the Newroz with fire