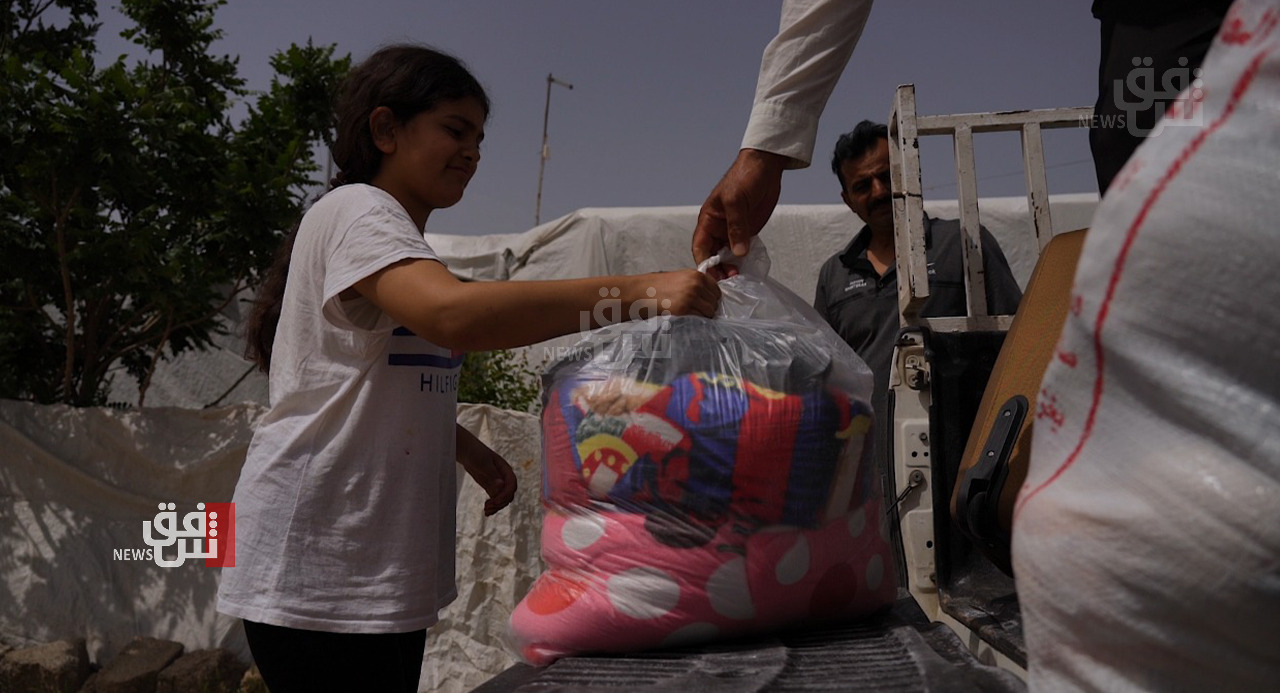 Shafaq News/ On Wednesday, The Department of Migration and Displacement in Duhok expected that the displaced persons would continue to come to Duhok coming from Sinjar if the clashes renew between the Iraqi army and YBS forces affiliated with the Kurdistan Workers Party.

The Department's Director, Dayan Jaafar, told Shafaq News Agency, "more than 1,200 families have arrived in the governorate from the areas of clashes in Sinjar," expecting "the displacement process will continue if the fighting erupted again in Sinuni district and Dikuri complex."

He indicated that the Department coordinates with international organizations to "provide the necessary assistance to the displaced, including shelter and food."

On Tuesday, the Kurdish Directorate of Crisis Response and Management (affiliated with the Ministry of Interior) revealed that more than 700 families had been displaced from the Sinjar district due to the clashes between the Iraqi army and the Sinjar Resistance Units (YBS) loyal to the Kurdistan Workers Party.

In a press conference, Hussein Kalari, the directorate's head, said that the "injustice" in Sinjar is not new. Instead, it has become a continuous process, and so far, 74 firmans have been implemented in Sinjar."

The displaced are now distributed over the camps, outdoors, and in their relatives' houses.

On the conflict between the Iraqi army and the PKK's YBS in the disputed area, he said that 701 families (4,083 people left Sinjar until last night, heading to Duhok Governorate.

Yesterday, a high-level military delegation arrived in Sinjar in Nineveh Governorate to monitor the security situation in the District.

A security source told Shafaq News Agency, "The Chief of Staff of the Army, Lt. Gen. Abdul Amir Yarallah, and the Deputy Chief of the Joint Operations Commander, Lt. Gen. Abdul Amir Al-Shammari, headed a military delegation to Sinjar district to monitor the security situation, after the clashes between the Iraqi army and PKK elements."

Al-Shammari announced that the Iraqi forces had taken complete control of the Sinjar district.

On the sidelines of his visit, he told our agency that the Nineveh operations command handled the situation professionally yesterday.

The Iraqi army's operations aim to achieve security in the District and pave the way for the reconstruction of the District, al-Shammari pointed out.

It is worth noting that in 2020, The Iraqi government had reached a deal with the Kurdistan Regional Government (KRG) over the governance and security of Sinjar.

The deal ends the authority of intruding groups. It also ordered all armed factions to be deported outside the borders of Sinjar, including PKK.

Official: +1,700 families have moved from Sinjar to Duhok since the army-PKK clashes erupted

UNAMI denounces the killing of a Trans woman in Duhok