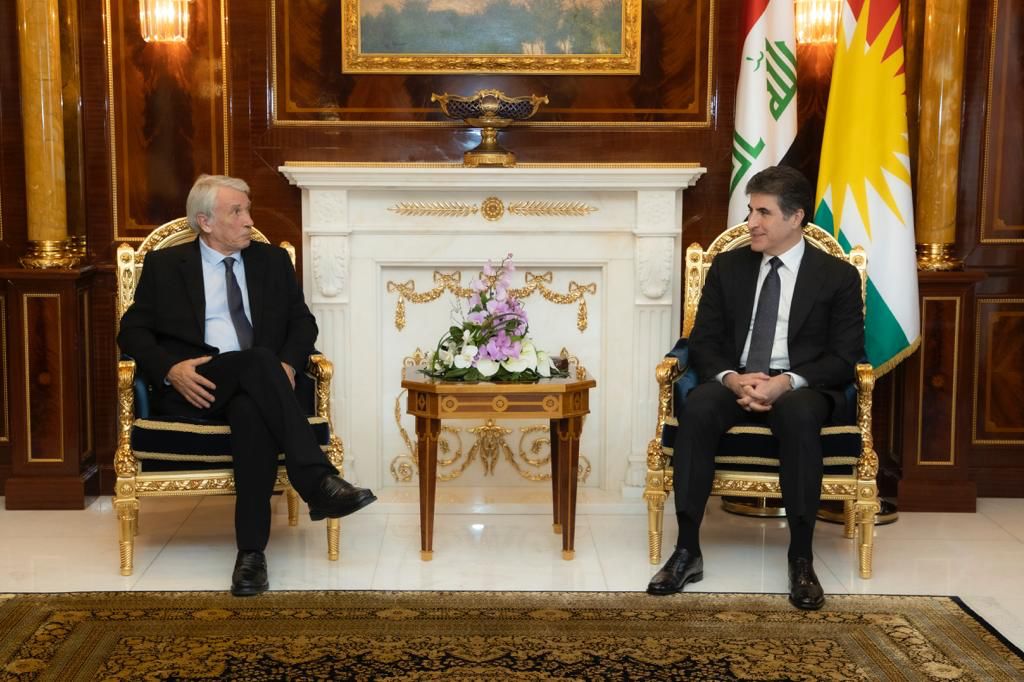 On Tuesday, Kurdistan Region President Nechirvan Barzani received Mr. Gilbert Mitterrand, son of Madame Mitterrand, who is currently visiting the Kurdistan Region to attend the 10th anniversary of the passing of her mother, to be held at the regional parliament in Erbil.

France’s Ambassador to Iraq, France’s Consul General in Erbil, the President of France Libertés, the President of the Institut kurde de Paris and the Kurdistan Regional Government’s Representative to France also attended the meeting.

In the aftermath of Kolju attack.. President Barzani calls for greater cooperation between the Iraqi army and the Peshmerga

Barzani-Tueller: Terrorism and ISIS are still serious and real dangers in Iraq

President Barzani: to protect the federalism and the political entity of Kurdistan