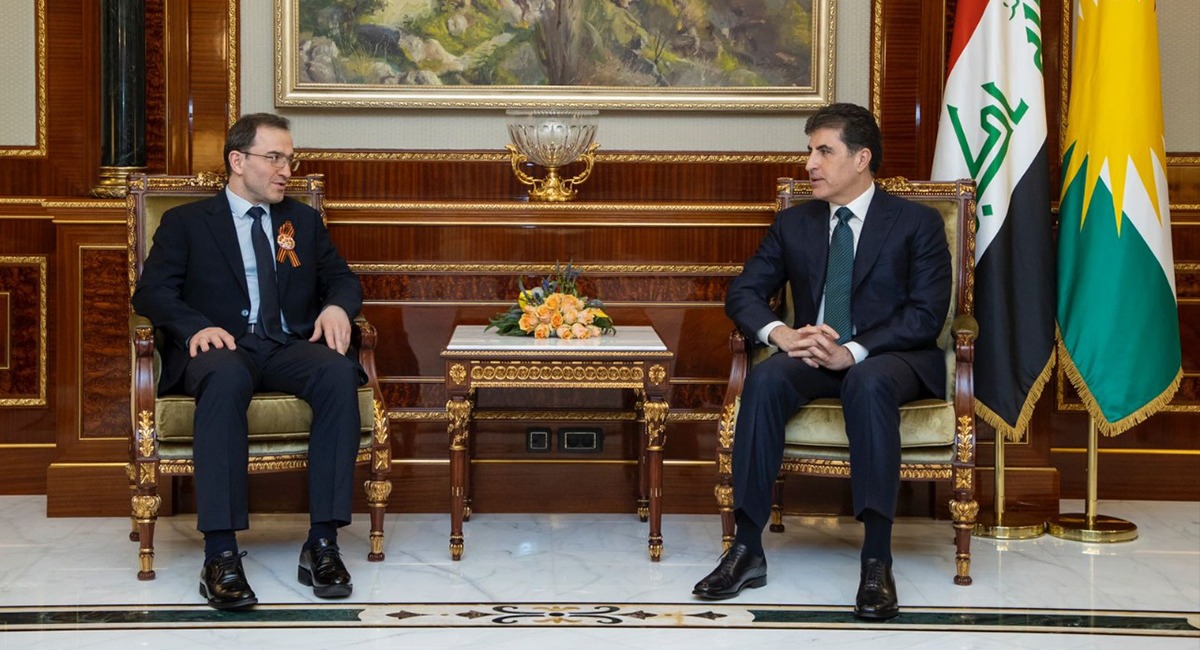 According to a readout issued by his bureau, President Barzani discussed with his guest the latest updates on the political situation in the country, the progress on the presidential election and the formation of a new government.

The meeting attended by Russia's Consul-General in Erbil touched Russia ties with Baghdad, the relation between the federal and regional governments, and the situation in the Middle East, according to the readout.

"The President underlined the need for continued dialogue among Iraqi parties, and the importance of their collective cooperation and common understanding to surpass the current obstacles to the political process in the country," it continued, "the meeting also focused on the war in Ukraine and its ramifications. Both sides expressed hope that the conflict would soon come to an end.".