President Barzani: killing al-Quraishi is a major blow to ISIS 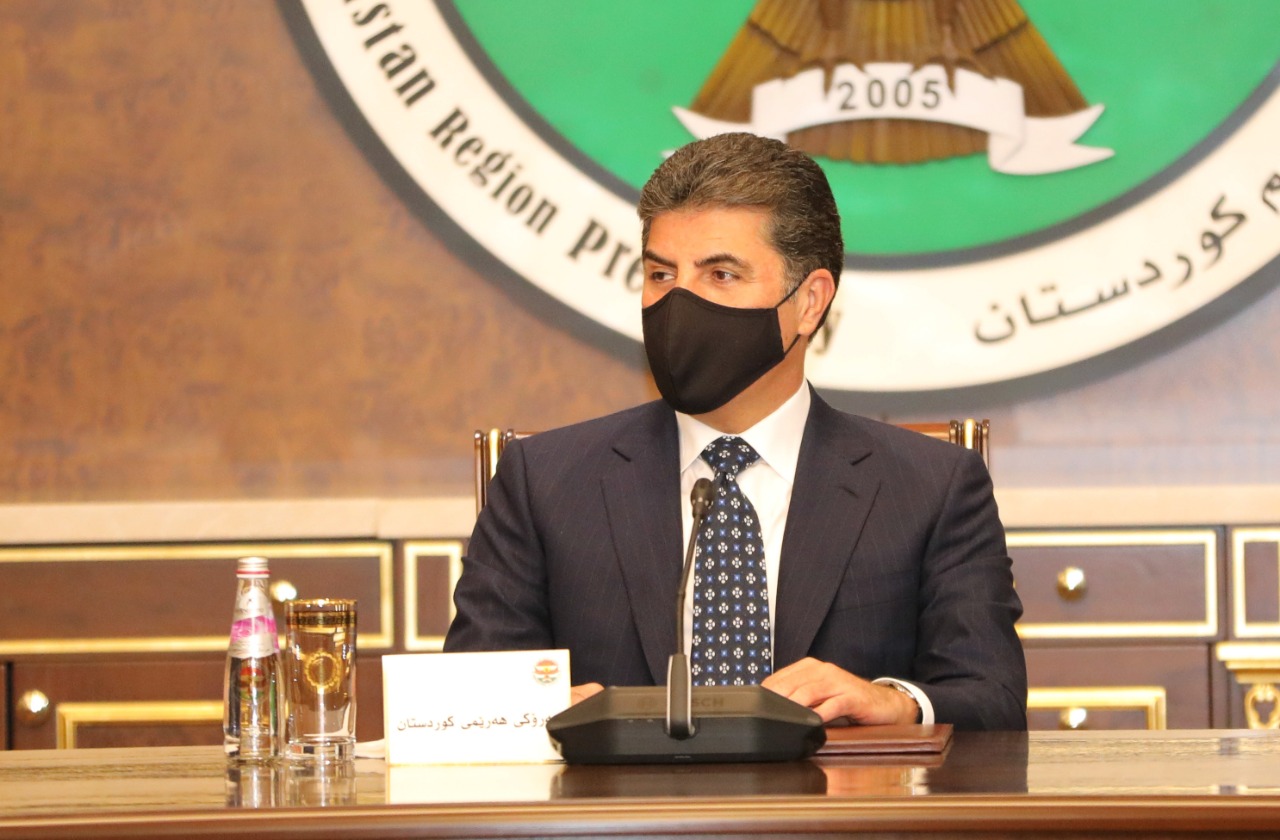 Shafaq News/ The President of Kurdistan, Nechirvan Barzani, reiterated the Region's commitment to fight and eradicate ISIS/Daesh, deeming the assassination of Abu Ibrahim al-Hashimi al-Quraishi a "major blow" to the terrorist organization.

President Barzani tweeted earlier today, "the killing of Abu Ibrahim al-Hashimi al-Quraishi is a major blow to ISIS leadership and an act of justice for the victims of the terrorist group’s crimes."

"We commend our US partners for the successful mission and we reiterate our commitment to fight and eliminate terror," he said.

"Iraq's Security Forces have played a pivotal role in killing and capturing Daesh terrorists inside Iraq and gathering intelligence that finally led to the head of this terrorist organisation," he said.

U.S. President Joe Biden said on Thursday that the leader of the Islamic State group had been "taken off the battlefield" by US forces in Syria.

The leader of Islamic State died when he blew himself and family members up during a U.S. military raid in Syria, President Joe Biden said on Thursday, dealing a blow to the jihadist group's efforts to reorganize as a guerrilla force after losing large swathes of territory.

Abu Ibrahim al-Hashemi al-Quraishi, had led Islamic State since the death in 2019 of its founder Abu Bakr al-Baghdadi, who was also killed when he detonated explosives during a raid by U.S. commandos.

"Iraq’s Security Forces have played a pivotal role in killing and capturing Daesh terrorists inside Iraq and gathering intelligence that finally led to the head of this terrorist organisation," he said.

As U.S. forces closed in on Quraishi in northwestern Syria overnight, he triggered a blast that also killed members of his own family, including children, according to Biden and U.S. officials.

The blast was so big it hurled bodies out of the three-storey building where Quraishi was and into surrounding streets in the town of Atmeh, U.S. officials said, blaming Islamic State for all civilian casualties. read more

"Thanks to the bravery of our troops, this horrible terrorist leader is no more," Biden said in remarks at the White House.

A senior White House official said the blast was believed to have killed Quraishi, his two wives and a child on the third floor, and likely a child who was on the second floor with Quraishi's lieutenant and his wife, who were killed after firing on U.S. forces. Two additional fighters were killed after firing on U.S. helicopters, the official said.

Quraishi had been using the house and an unwitting family living on the first floor as a "protective shield," a factor that complicated planning for the raid, the official added.

The official was unable to explain the discrepancy between those numbers and those provided by Syrian rescue workers, who said at least 13 people were killed, including four women and six children.

"It's very clear from reviewing the operation in real time that the massive explosion on the third floor is what really caused the casualties," the official said.

Quraishi's death is another setback for Islamic State nearly three years after its self-declared caliphate was dismantled and its fighters defeated by U.S. and Iraqi forces.

Since then, Islamic State, also known as ISIS, has waged insurgent attacks in Iraq and Syria. The most recent was last month when its gunmen stormed a prison in northeastern Syria housing Islamic State suspects.

Quraishi, a 45-year-old Iraqi, had remained largely in the shadows since succeeding Baghdadi who led the group when it launched a lightning expansion in 2014 that shocked the world. He was injured and lost a leg in a 2015 U.S. air strike, the U.S. official said. ISIS took control of large areas of Syria and Iraq, imposing strict Islamic rule over millions and inspiring attacks in the West.

Biden and U.S. officials described Quraishi as the "driving force" behind the 2014 genocide of minority Yazidis in northern Iraq, and said he oversaw a network of Islamic State branches from Africa to Afghanistan.

"Last night's operation took a major terrorist leader off the battlefield and has sent a strong message to terrorist around the world: We will come after you and find you," Biden said.

U.S. officials have been in touch with all partners in the counter-ISIS coalition since the operation, and all were resolved to continue fighting ISIS and the threat the group posed to their countries, the White House official said.

The killing of Abu Ibrahim al-Hashimi al-Qurayshi is a major blow to ISIS leadership and an act of justice for the victims of the terrorist group’s crimes. We commend our US partners for the successful mission and we reiterate our commitment to fight and eliminate terror.

President Barzani to the new Patriarch of the Assyrian church: Our diversity is our strength

Kurdistan's President congratulates a Turkmen party: We support all the political components in the Region