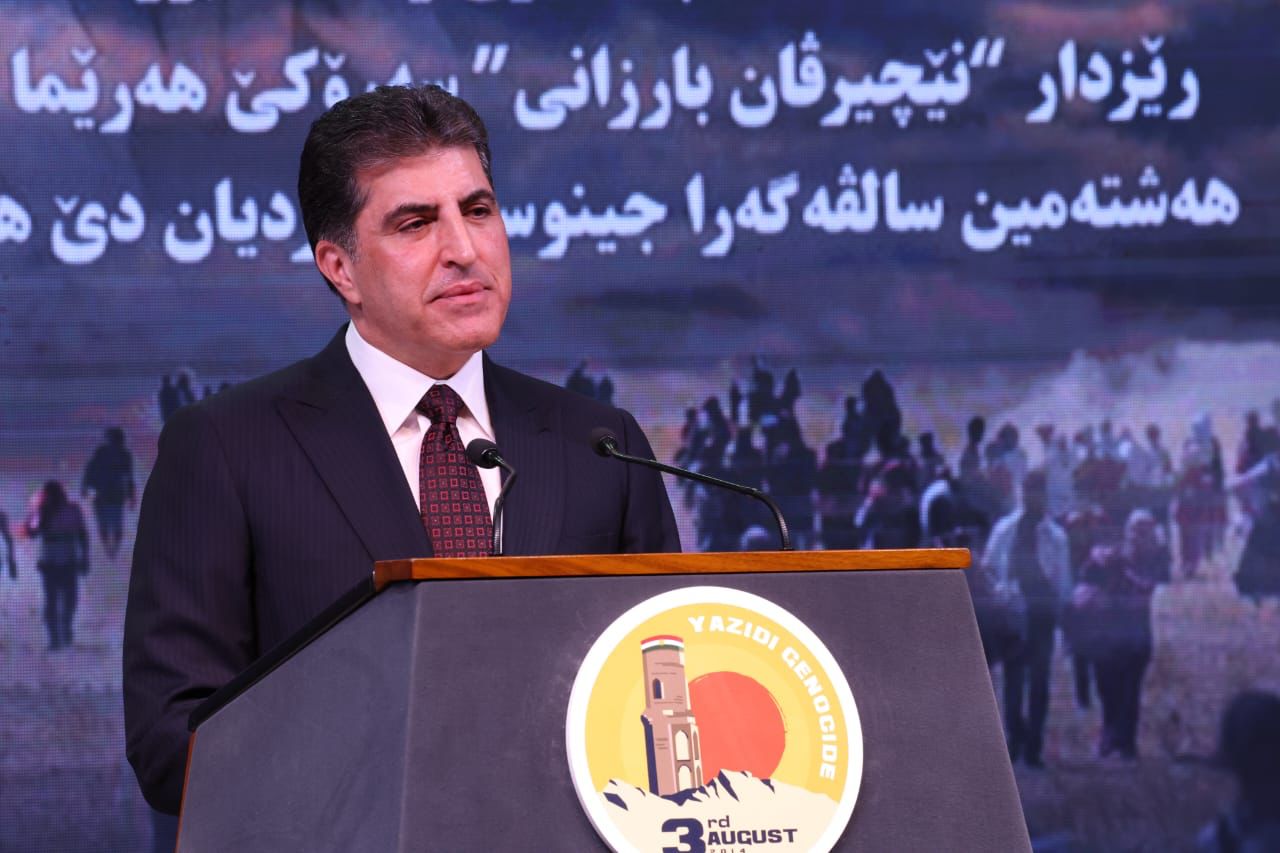 Shafaq News / The President of the Kurdistan Region, Nechirvan Barzani, commemorated the anniversary of the Simele genocide on Sunday.

President Barzani said in a tweet on August 7, on Assyrian Martyr's Day, "we proudly commemorate the victims of the genocide against our Assyrian sisters and brothers, were committed 89 years ago, by the former Iraqi authorities in Simele."

The Simele massacre was committed by the Kingdom of Iraq led by Bakr Sidqi during a campaign systematically targeting the Assyrians in and around Simele in August 1933.

An estimated 600 to 6,000 Assyrians were killed and over 100 Assyrian villages were destroyed and looted.