President Barzani calls for forging an agreement that assures the public 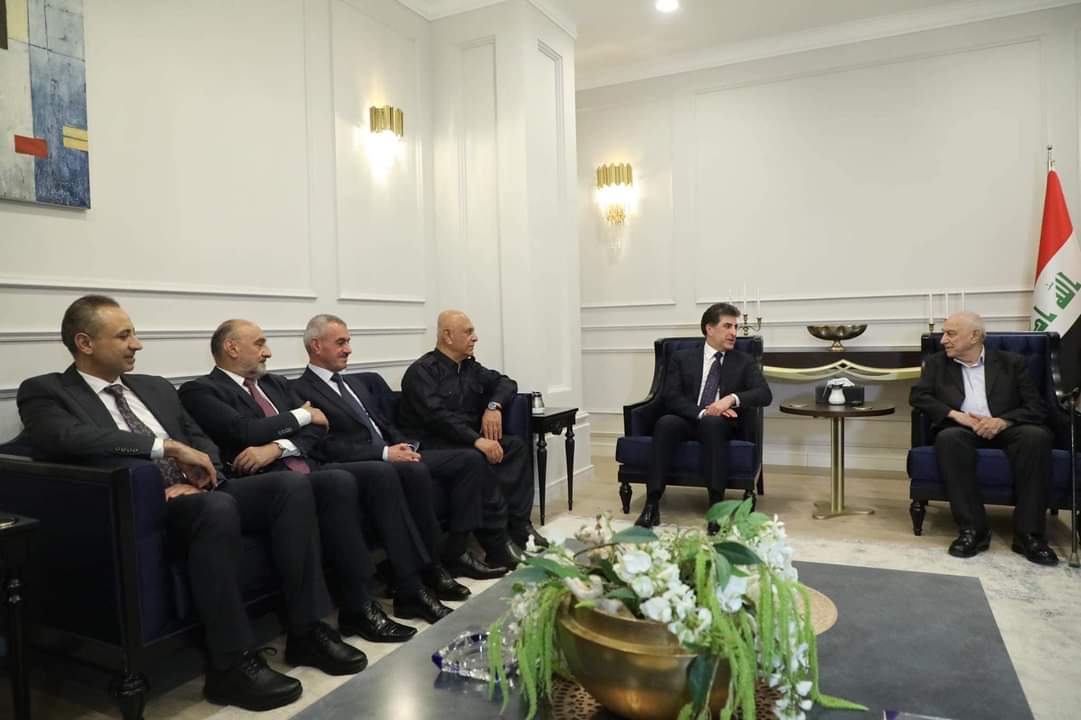 Shafaq News/ The President of the Kurdistan region, Nechirvan Barzani, visited the headquarters of the Change "Gorran" movement in the governorate of al-Sulaymaniyah earlier today, Sunday.

President Barzani arrived in al-Sulaymaniyah to attend the commissioning ceremony of the 16th class of cadets graduating from the third Military School in Qallachollan.

After the meeting, the president of the region convened with the head of the Patriotic Union of Kurdistan (PUK) in the presence of the vice presidents, the deputy prime minister, and the PUK Politburo.

According to a readout issued by Gorran, President Barzani was received by the secretary-general of the movement, Omar Sayyid Ali, and members of its national council.

The meeting, according to the readout, touched upon the political and economic situation in the region and the demands of the people.

President Barzani said that the political elite must heed the issues related to the situation in Kurdistan in order to forge an agreement that assures the public.