President Barzani: Kurdistan would always be a haven for forgiveness 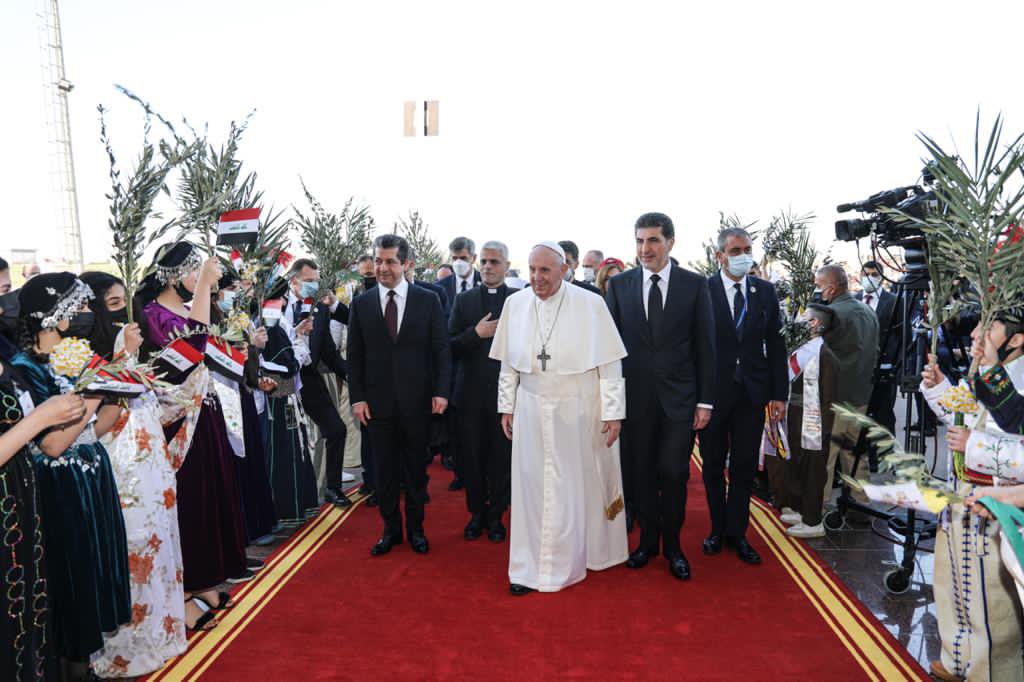 Shafaq News/ On Monday, the President of Kurdistan Region, Nechirvan Barzani, recalled Pope Francis's visit to the city of Erbil, considering it "historic."

"With all respect and appreciation, we recall the Pope's historic visit to the Kurdistan Region and Iraq last year, and on this occasion, we assure everyone that Kurdistan would remain a safe haven for peaceful coexistence, acceptance, and forgiveness." Barzani said on Twitter.

On March 2021, Pope Francis made his historic visit to Iraq, the first by a pontiff to the birthplace of the Eastern churches from where more than a million Christians have fled over the past 20 years.

The pope's visit has a highly symbolic value given the importance of Iraqi Christians in the history of the faith and their cultural and linguistic legacy dating back to ancient Babylon, nearly 4,000 years ago.

Pope Francis urged Iraqis to embrace diversity at every turn of his trip.

In Erbil, the pope met the Kurdish authorities and some 150,000 Christian refugees from central Iraq.

The pope, who in 2019 inaugurated a new phase of interfaith dialogue between the Roman Church and Islam, also visited Najaf to meet Grand Ayatollah Ali al-Sistani, the highest Shia authority in Iraq where Shia Muslims represent about 70 percent of the total population.

Kurdistan's President to the Kurdish writers: we support you by all means