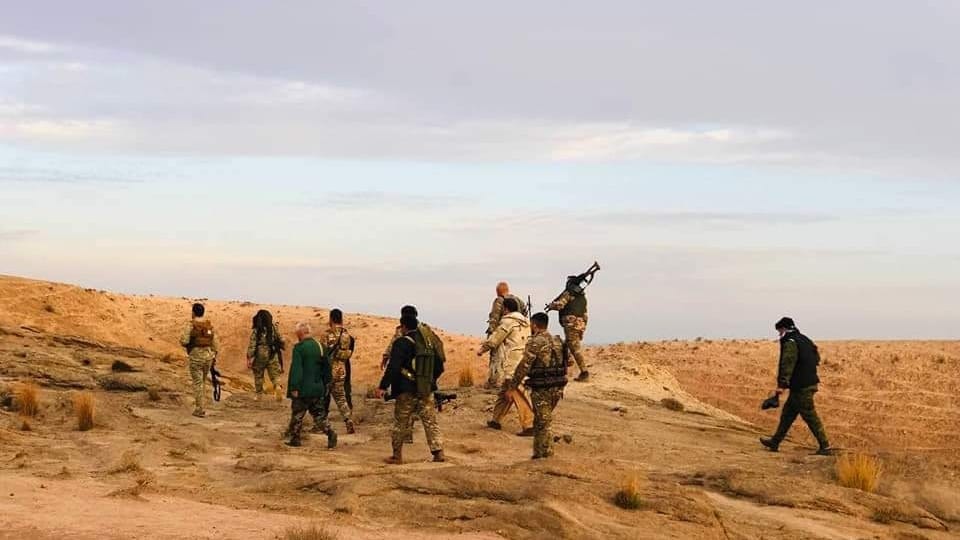 Shafaq News/ The Peshmerga forces seized ISIS arms caches and hideouts as the joint operations with the Iraqi army continue for the fourth consecutive day in Garmyan.

A security source said that the Peshmarga forces and the Asayish seized arms cashes and explosives in the villages of Qurichay, Belgana, and Grada inside the territory of Garmyan.

The source said that the joint operations continue for the fourth day in a row with unwavering success.

A local official in Saladin said on Friday that the new tactics the Iraqi and Peshmerga forces pursued at the borders of Saladin, Kirkuk, and the outskirts of the Kurdistan Region successfully deterred ISIS attacks and pushed them away into more remote security vacuums.

The Deputy Commissioner of Tuz Khurmato, Hasan Zein al-Abidin, told Shafaq News Agency, "the establishment of the control headquarters in Tuz Khurmato and organizing joint preemptive security operations successfully strangled the terrorists inside their dens and forced them away into remote security vacuums to avoid being pursued."

"To cover up for their defection, ISIS operatives are trying to distract and keep the security forces busy in more open security vacuums. This allows them to relieve some pressure and seek backdoors to flee," Zein al-Abidin said on the recent attacks in Kirkuk.

The head of the district called for "replicating the experience of Tuz Khurmato in other territories to eradicate the terrorist hotspots scattered here and there and invest in the fruitful cooperation with the Peshmerga forces."

The Ministry of Peshmerga shuffles 37 officials within one month

Unifying the Peshmerga forces is a turning point in Kurdistan, US officials say