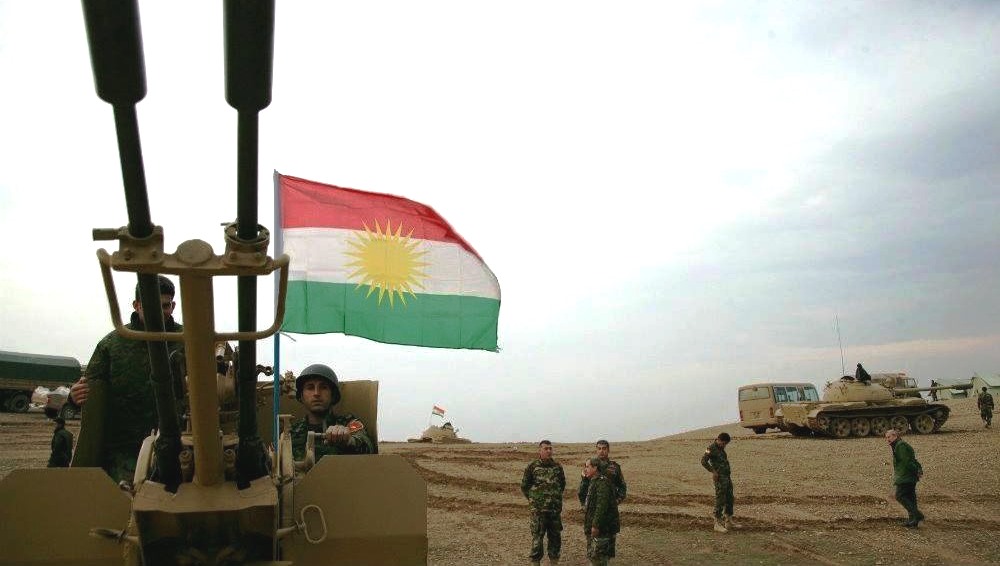 Shafaq News/ A Peshmerga security commander revealed security cooperation between the Iraqi Army and the second axis of the Peshmerga forces in the territory between Saladin, Diyala, and Kurdistan.

The Deputy Commander of the second axis of the Peshmerga forces (Qarah Tapa-Hemrin), Major-General Muhammad Rustom, "there is an organized security cooperation between the Peshmerga and the army. Two preemptive security operations were carried out with the army, and they both resulted in positive results.

"The Peshmerga are preparing for establishing a security channel with the 53rd Brigade of the First Division in al-Ramadi which has been transferred to Diyala according to orders by the Ministry of Defense."

Rustom said that the cooperation with the army has resulted in cooperation chambers in four governorates and exchanging security information, while other items of the agreement are pending the negotiations between the commands of both sides.