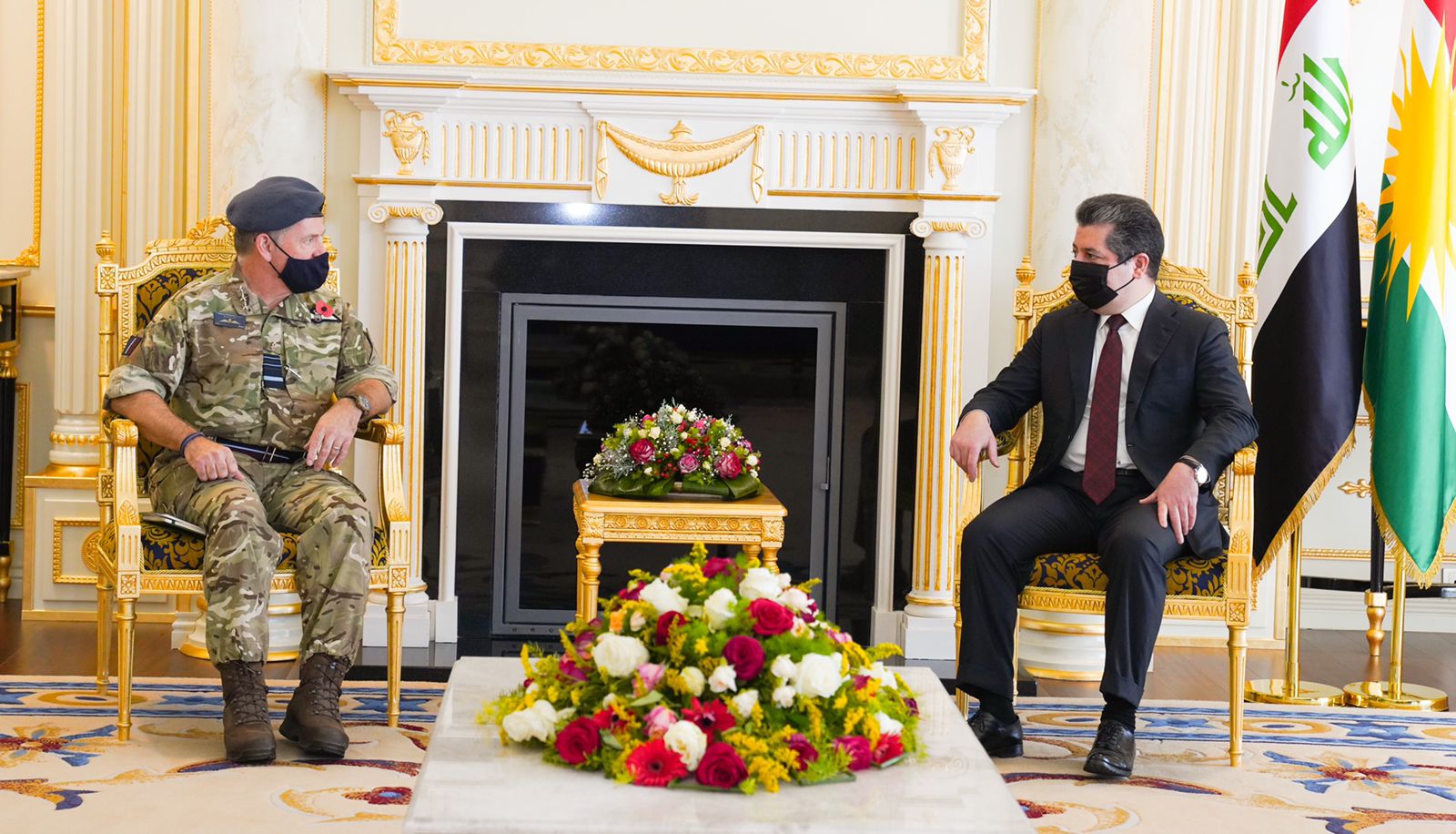 A statement by the Presidency of the Kurdistan Regional Government said that PM Barzani received today the UK Chief of Defence Staff's Senior Advisor to the Middle East and North Africa, Martin Sammy Sampson, and discussed with him the post-election era in Iraq.

According to the statement, the two sides, strongly condemned the attack that targeted Iraqi PM Mustafa al-Kadhimi's residence.

The British government's chief military adviser pointed to Kurdistan's important role in the region, and expressed his country's commitment to continue supporting the Kurdistan Region, especially the Peshmerga, in confronting terrorism.

For his part, the Prime Minister thanked the UK and the Global coalition forces for their support, stressing the need to achieve stability and enhance the political process in the country, by forming an inclusive government that serves all communities in Iraq.