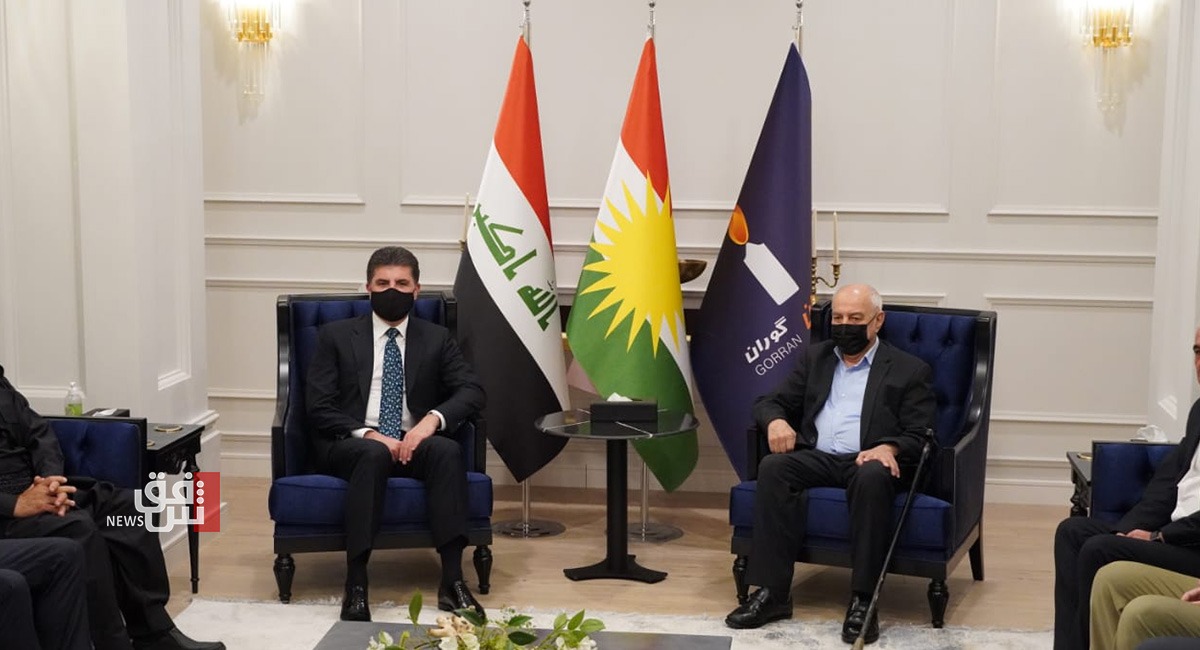 Shafaq News / The President of Kurdistan Region, Nechirvan Barzani, arrived today in al-Sulaymaniyah to meet with the Gorran Movement and the Patriotic Union of Kurdistan officials.

Upon his arrival, Barzani visited the Gorran Movement's Headquarters, where he was received by the General Coordinator of the Movement, Omar Sayed Ali.

Yesterday, the region's President visited the headquarters of the Islamic Group and met with the leader of the Kurdistan Justice Group, Ali Bapir.

A source told Shafaq News Agency that President Barzani also paid a visit to the headquarters of the Kurdistan Islamic Union in Erbil.

President Barzani's meetings touched upon updates on the security and political situation in Baghdad and Erbil.

A readout of the meeting issued by Bapir's office said that the President discussed with his host the forthcoming legislative elections, the hurdles facing the development of the Region's experience, and ways to overcome them.

The meeting laid emphasis on Preserving the unity of the Kurdish community in Iraq and the constitution as a guarantee for Kurdistan's sovereignty.

Barzani and Macron agree upon maintaining the Regions stability and security