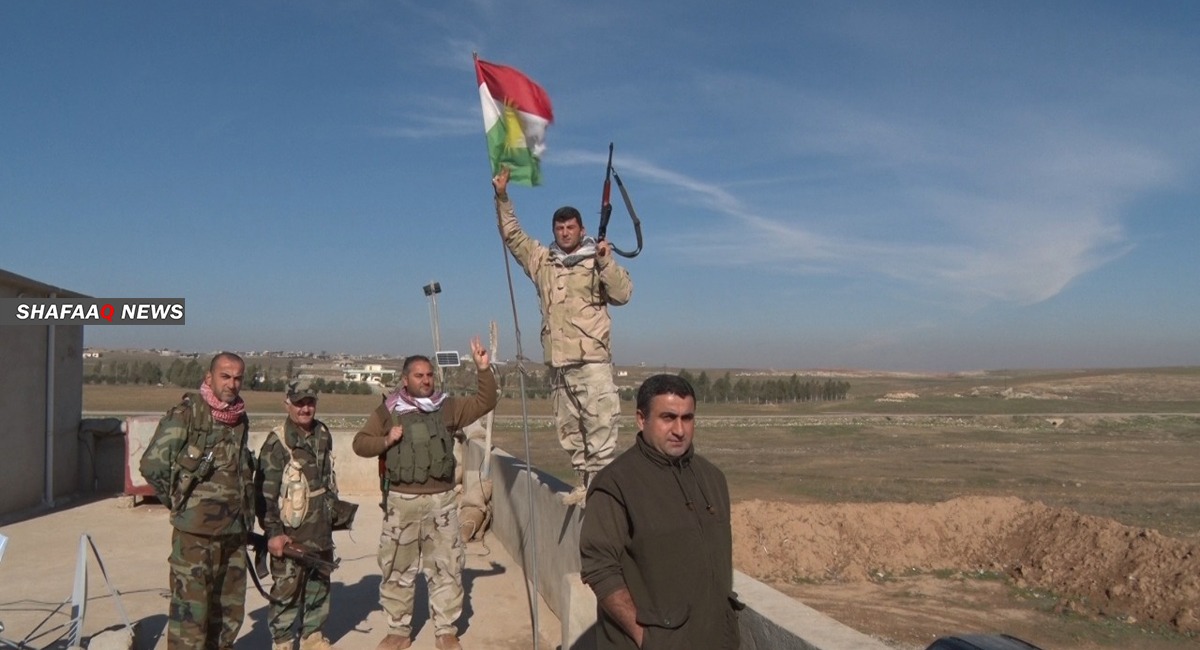 Shafaq News/ The Command of the Peshmerga Unit 70, affiliated with the Patriotic Union of Kurdistan (PUK), has placed itself under the disposal of the Ministry of the Peshmerga.

In a statement issued today, the Undersecretary of the Ministry of the Peshmerga Affairs, Miran Bakr, said, "Minister Shoresh Ismail welcomed the decision of the first and second supporting units, units 70 and 80," indicating, "this decision implies a deep national and Patriotic responsibility to build a modern military unified force."

"The next step is joining all the forces under the umbrella of the Ministry," he added, "this is a product of expediting the Military reform process."

"The U.S. Ambassador to Iraq, Matthew Tueller, praised this step in his meeting with the Minister today, indicating that current situation requires unity and unifying a strong national force."

"Ambassador Tueller asserted that the U.S. cooperation and coordination with the Peshmerga will be continued," he said.