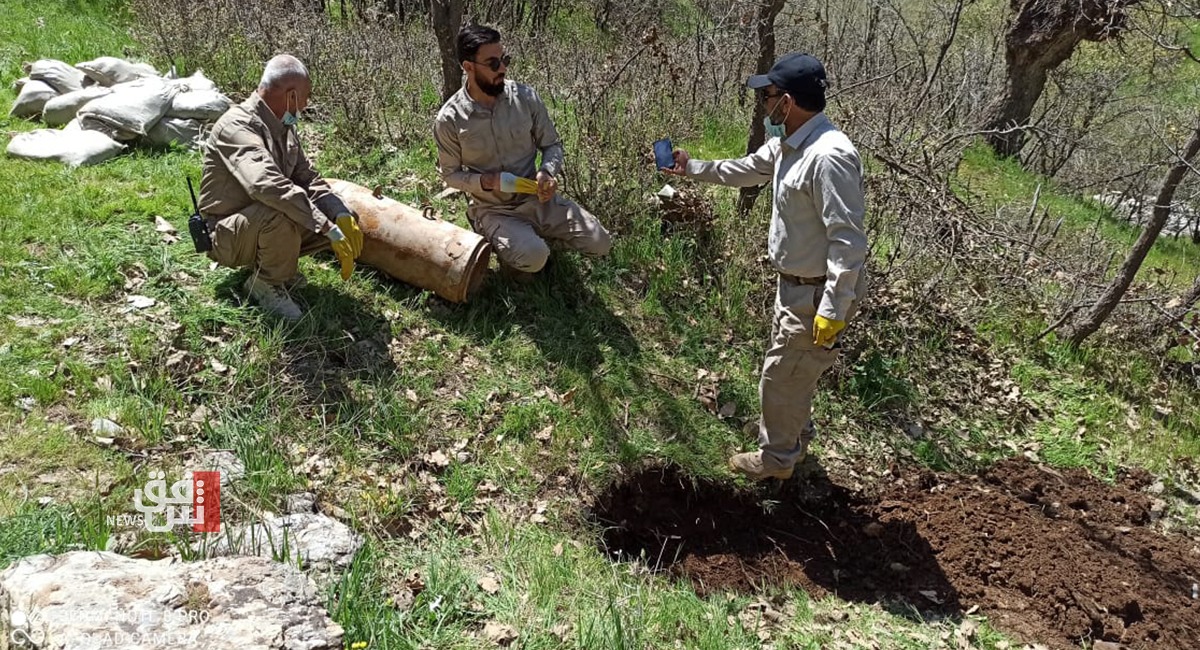 Shafaq News / Two local officials in al-Sulaymaniyah reported that the sound of the explosion heard in Penjwin district is due to the Mine Action Directorate teams' work.

For his part, the Director-General of the Directorate in al-Sulaymaniyah, Mohsen Sayed Abdul Karim, told Shafaq News agency, "a 400 kg Napalm missile from the remnants of the Iran-Iraq war was detonated today."

He added, "This is the first time we find this type of missiles in the Kurdistan region."

Injuries among demonstrations and security forces in Al-Sulaymaniyah

Al-Sulaymaniyah municipality not to receive any transactions