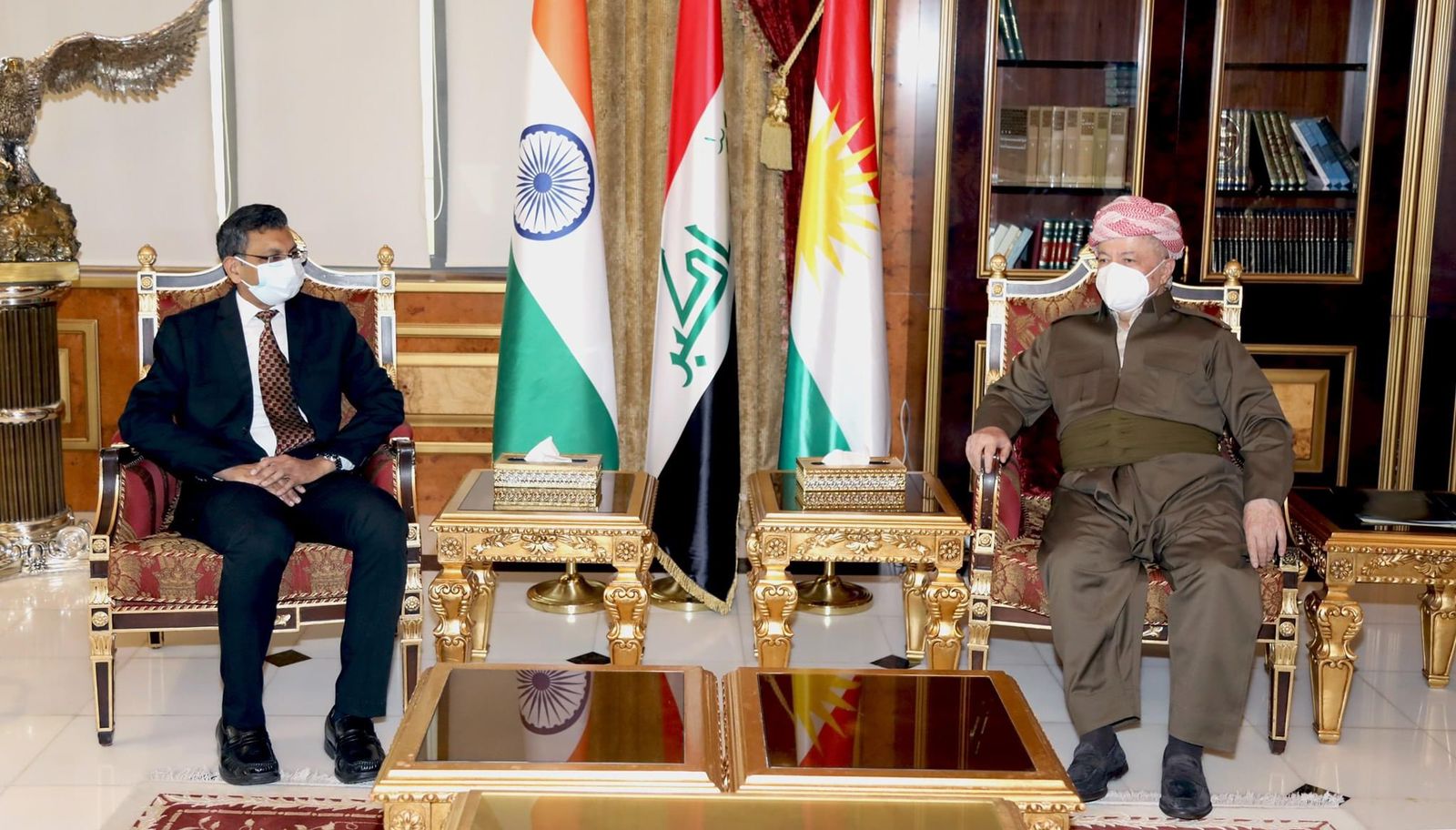 According to a press release issued by the Barzani headquarters, the Indian ambassador expressed his country's willingness to develop ties with the Kurdistan Region in the academic, medical, and economic fields.

The meeting shed light upon the latest updates on the political situation in the Middle East, the terrorist threats, and the global cooperation to terminate them.

The former president of the Kurdistan Region discussed with his guest the early parliamentary elections, hoping that it serves as an opportunity to spark "positive" change and fulfill the people's aspirations.