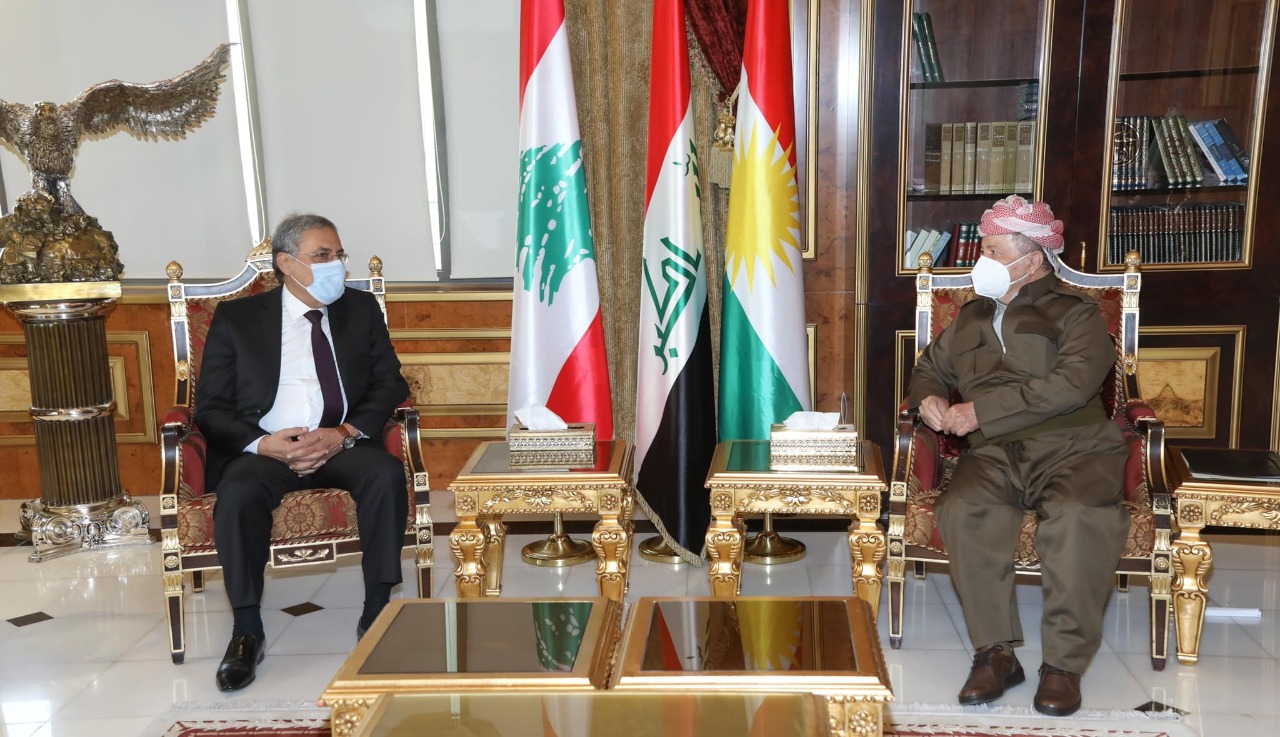 Shafaq News/ The Kurdish leader, Masoud Barzani, received the Lebanese Minister of Justice, Henry Khoury, in his headquarters in the Saladin resort, near the capital of the Kurdistan Region, Erbil, earlier today, Monday.

A readout issued by the Barzani headquarters said that the meeting discussed the political developments in Iraq, Lebanon, and the Middle East, and the terrorist threat to the security of Iraq, Syria, and neighboring countries.

The meeting touched upon the situation in the Kurdistan Region, according to the statement.

Arriving in the capital of the Kurdistan Region, Erbil, yesterday, Sunday, Khoury was flanked by a delegation of high-profile Judicial and diplomatic figures, including the head of the Lebanese Supreme Judicial Council Souheil Abboud, the Assistant to the Secretary-General of the Arab League-Ambassador Abdul Rahman Solh, the Deputy Ambassador Youssif al-Sibawi, and the advisor Riyadh Solh.