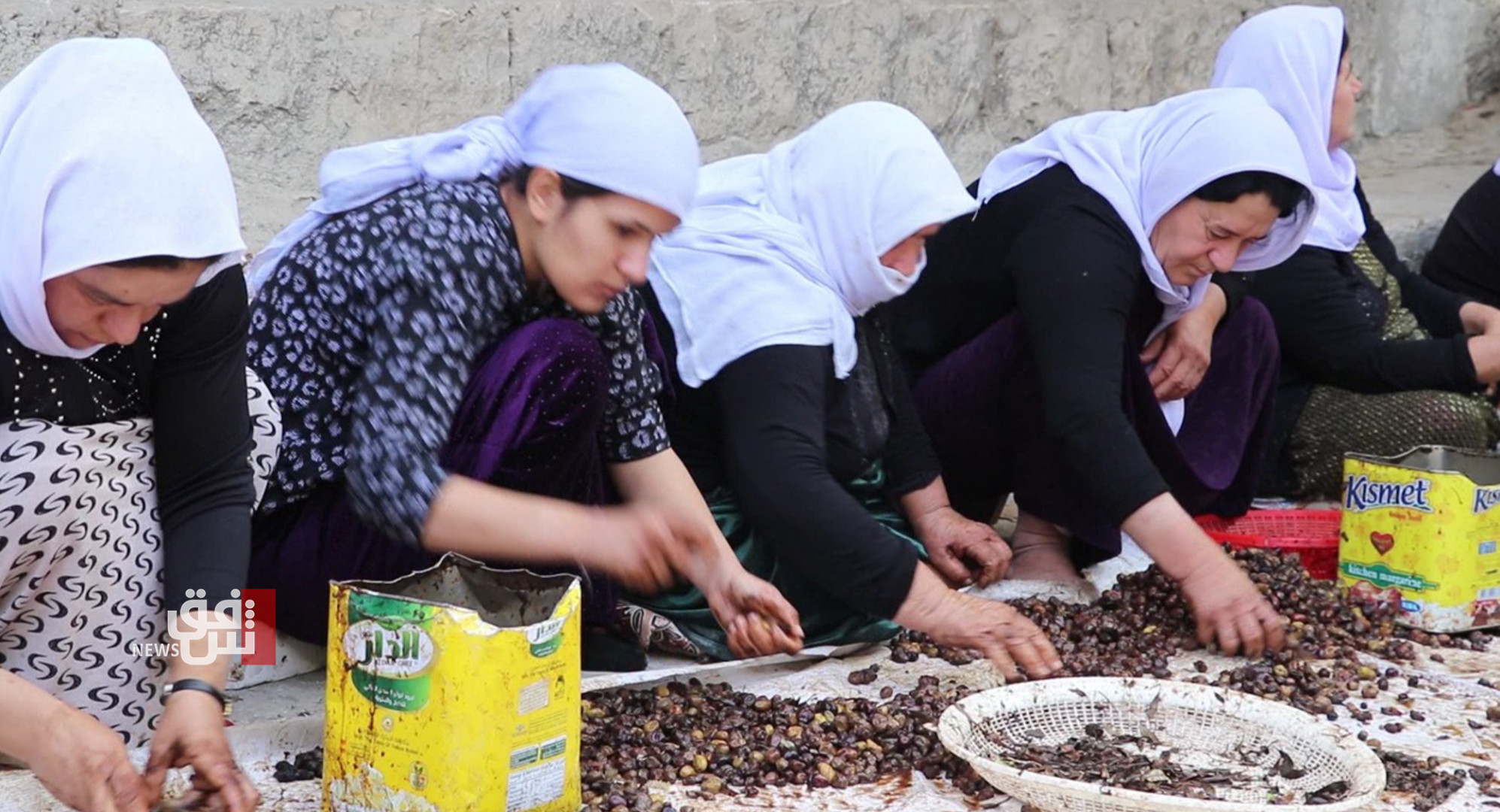 Shafaq News / The sacred olive ceremony began on Monday in the Lalish Temple, in Sheikhan district, east of Duhok.

Luqman Suleiman, a media official at the Lalish Temple, told Shafaq News agency, "The ceremony begins after harvesting olives in December and storing them in bags until the olive grinding season."

He added, "Women and volunteers wash the olives, clean them, and then fill them in the bags, to squeeze them with their feet and then mix the oil with water in basins so the oil floats over the water. Women collect the oil and fill it in metal boxes."

It is noteworthy that the Lalish Temple has more than 650 olive trees which fruits are only used to celebrate religious occasions in the temple, where the light of the lanterns represents the light of God, according to the Yazidi religion.