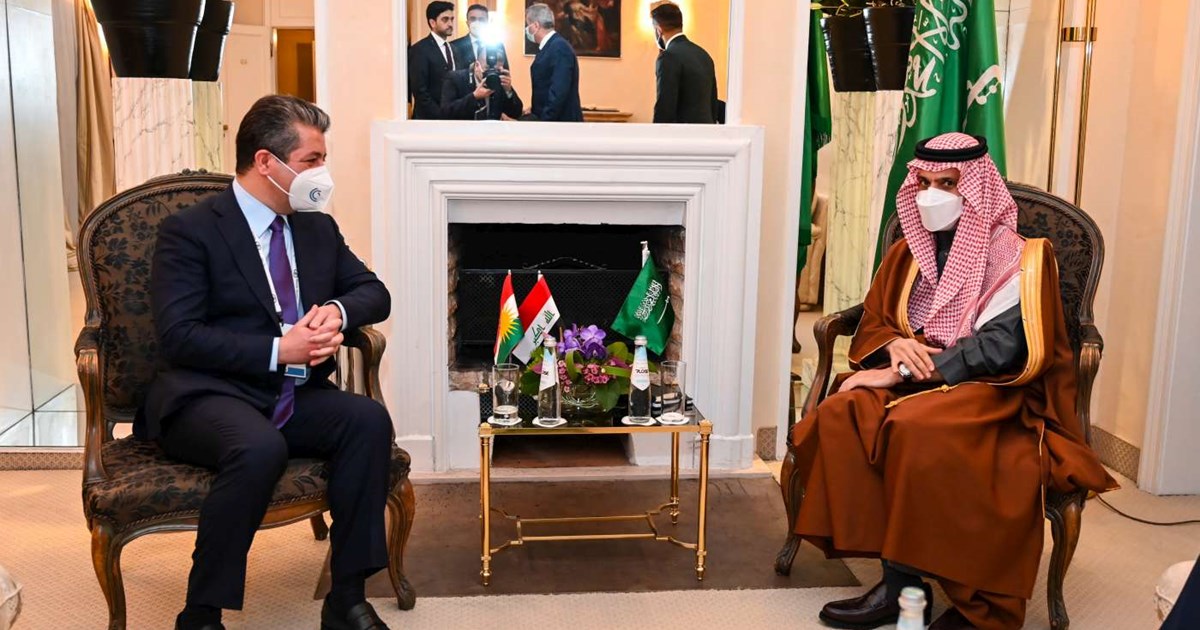 Shafaq News/ On Saturday, Continuing his meetings in Germany on the sidelines of the Munich Security Conference, President Nechirvan Barzani met with His Prince Faisal bin Farhan Al Saud, the Minister of Foreign Affairs of the Kingdom of Saudi Arabia.

"The meeting focused on the current developments in Iraq with the Prince emphasizing that his country attaches great importance to Iraq, expressing Saudi Arabia's hope for Iraq to regain its position and become a pillar of stability in the region." The Kurdish Presidency said.

"President Nechirvan Barzani valued the vision and stance of the Kingdom of Saudi Arabia and expressed the willingness of the Kurdistan Region to strengthen its relations with the Kingdom further, and offering his greetings to the leadership of Saudi Arabia." The statement added.

Later, the Kurdish Prime Minister, Masrour Barzani, met with Saudi Arabia's foreign minister on the sidelines of the Security Conference.

During the meeting, "We discussed Iraq's latest developments and enhanced relations between the Kurdistan Region and Saudi Arabia. Furthermore, we reiterated expanding opportunities for cooperation on issues of mutual interest." Barzani posted on Facebook.

On Friday, a high-level Kurdish delegation headed by the Kurdistan Region President Nechirvan Barzani arrived in Germany to participate in the annual Munich Security Conference from February 18 to 20.

On the sidelines of the conference, the Kurdish President and PM held meetings with many world leaders and high-level officials.

Nechirvan Barzani: the relations after ISIS war are below our expectations

“We don’t expect the US to fight our wars”, Kurdistan’s President at Yale University