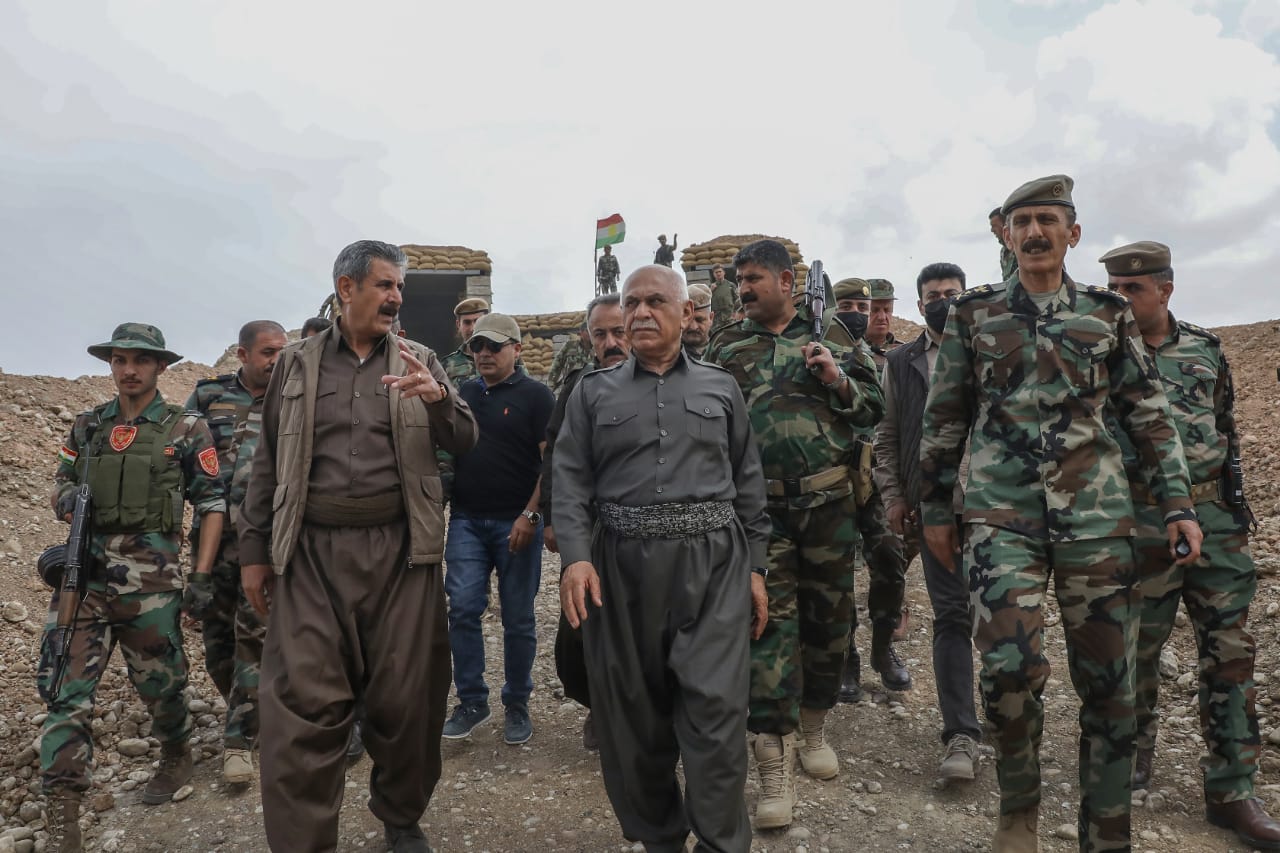 Shafaq News / The Vice President of Kurdistan Region, Sheikh Jaafar Sheikh Mustafa, visited the west Kirkuk axis and the village of Qabashi in the borders of the town of Ultun Kupri (Bardi) area, after it was attacked by ISIS terrorists who targeted Peshmerga sites last Saturday.

A statement by the Presidency of the Region said that President Barzani appointed Sheikh Jaafar to visit the Peshmerga forces, and reiterated that ISIS is still a constant threat trying to reorganize itself and destabilize the situation, especially in areas covered by Article 140 that suffer from great security gaps.

It stressed that the Kurdistan Region will immediately form a joint force between the Iraqi army and the Peshmerga forces to protect these areas from ISIS.

However, the statement said that Sheikh Jaafar, upon his return, inspected the victims' families and conveyed to them the condolences of the region's President.