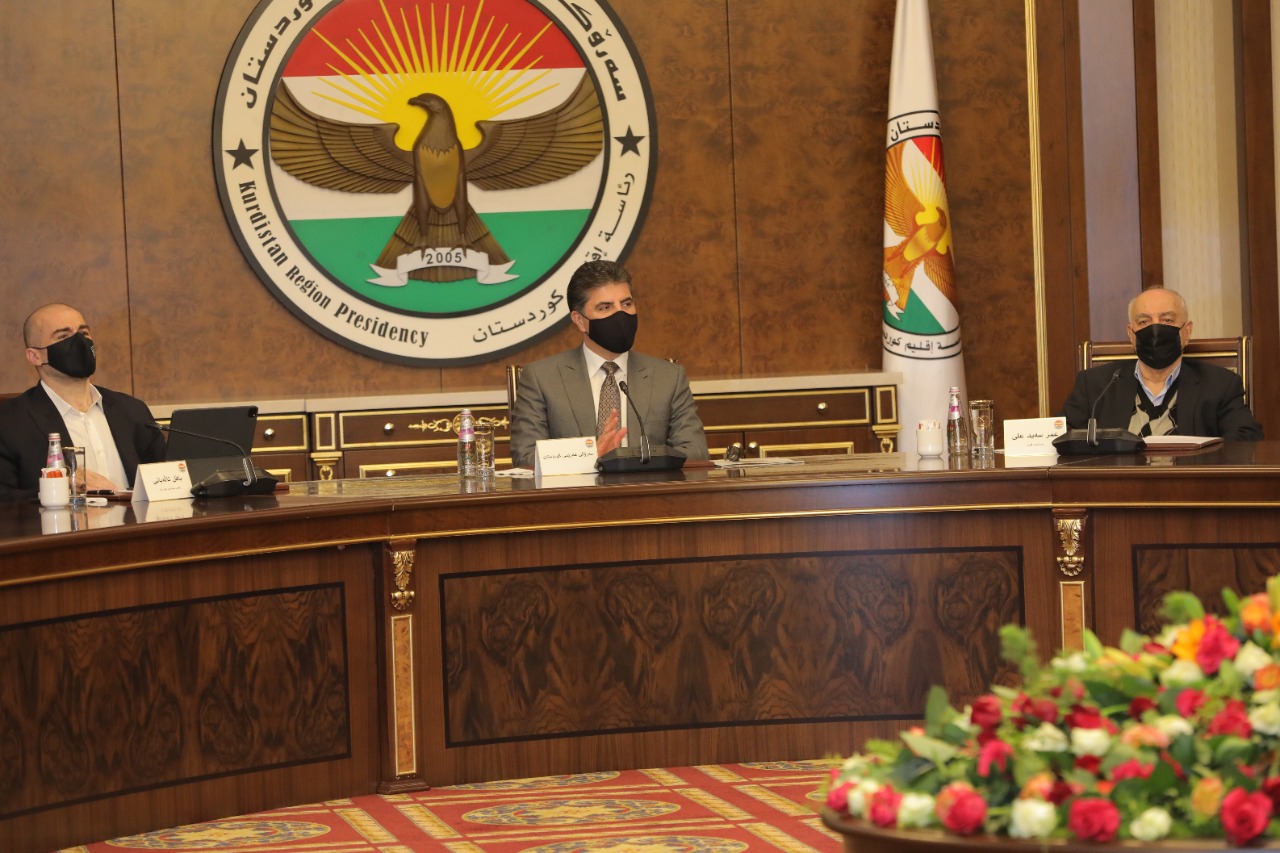 Shafaq News/ The secretary of Kurdistan Socialist Democratic Party, Mohammed Haji Mahmoud, said that the expanded partisan meeting held under the auspices of the President of Kurdistan, Nechirvan Barzani, discussed the issue of the unified Kurdish electoral in Iraqi legislative elections.

Kaka Hama said in a statement to reporters after the meeting, "the atmosphere was positive, especially after a long estrangement."

The meeting discussed the Kurdish unity, he added, stressing that there were no hurdles in this regard.

Kaka Hama said that the meeting deliberated running for the elections within a single electoral list that includes all the Kurdish parties.