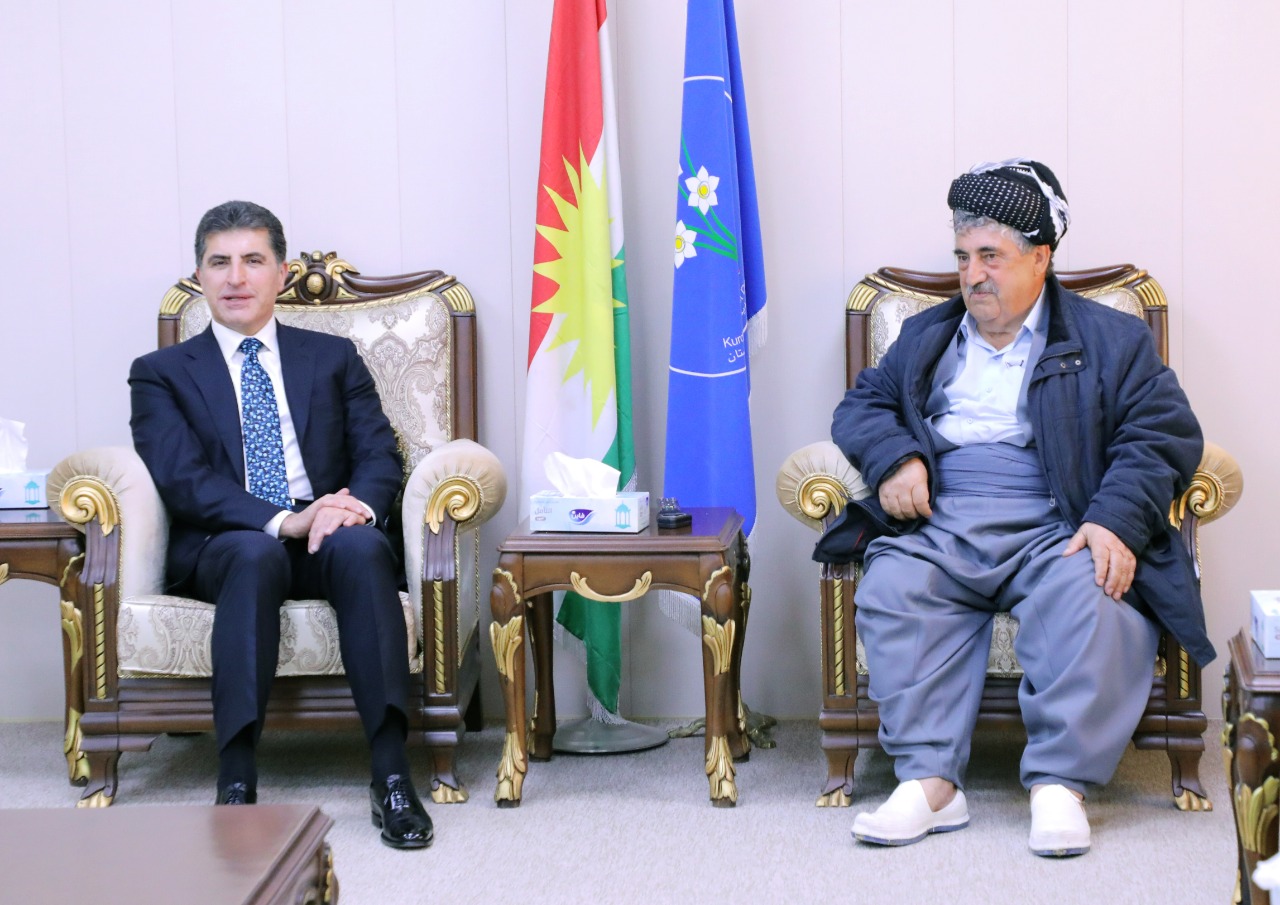 Shafaq News / The Secretary-General of the Kurdistan Socialist Democratic Party, Mohammed Haji Mahmoud, announced on Tuesday that representatives of all Kurdish parties will participate in preparing the draft constitution in the region.

Haji Mahmoud, known as "Kaka Hama," said that his meeting with Barzani focused on creating a mechanism for all Kurdish political forces to unify their positions regarding all issues, including the constitution draft and solving internal problems.

"After this visit, a decision will be taken to hold a meeting of the Kurdish political forces", he said.

He added that representatives of all Kurdish parties will participate in preparing the constitution, noting that most of the articles and paragraphs of the constitution have been completed, and only a few notes are remaining to be finalized before approving the draft in Parliament.

The region’s president, Nechirvan Barzani, concluded his meeting with the three Kurdish parties in al-Sulaymaniyah, which are the Gorran Movement, the Patriotic Union of Kurdistan, and the Kurdistan Socialist Democratic Party.

The President of the Kurdistan Region, Nechirvan Barzani, said on Tuesday that the presidency of the region "will do everything it can" to maintain unity among the Kurdish political parties after the upcoming elections.

"We held a meeting earlier with the Kurdish political parties, after which we decided to visit the parties and make serious efforts to reduce internal problems in the region, and exchange views about the Kurdistan Region's constitution", he added.

Regarding the legislative elections, the President of the Region said, "The approved electoral system does not allow forming alliances at present."

"After the elections, there must be consensus and unity of positions. All parties must cooperate because only together we can achieve gains in Baghdad", Barzani concluded.