KRG will not comply with the Supreme Court's ruling, Minister says 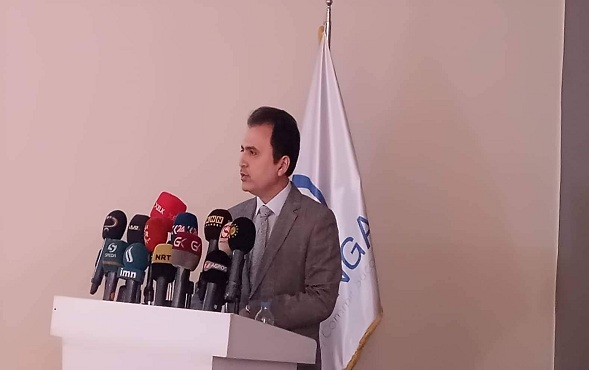 Shafaq News/ Kurdistan's Minister of Endowment and Religious Affairs, Pshtiwan Sadiq, on Sunday said that the Kurdistan Regional Government (KRG) will not comply with the Iraqi Federal Supreme Court's decision that ruled the oil independence of the region unconstitutional.

Speaking in a gathering for clerics in the capital of the Kurdistan Region, Erbil, Sadiq said, "We, in the Kurdistan Region, have an experience that was founded with blood and relentless efforts. This experience is a dream cherished by the other parts of greater Kurdistan. It is the future of our children. Thus, protecting, developing, and reforming is our responsibility."

The Minister pilloried the Supreme Court's ruling that deemed KRG's oil and gas law unconstitutional, "the court is supposed to protect the region and not the opposite."

Sadiq said that such decisions aim to decay the foundations of the Kurdistan Region, hinting at parties "who want to come to the region and rule it as before."

"We will not abide in any respect by any of the provisions of the Federal Court's resolution. The experience of the Kurdistan Region will not be undermined easily," he said.

On February 15, the Iraqi Federal Supreme Court decreed that the natural resource law passed by the Kurdistan Regional Government in 2007 is unconstitutional, potentially upending the region's oil and gas industry.

Ruling that KRG oil exports and contracts with international oil companies are illegal, the court granted the federal government the right to annul such contracts, claim ownership of KRG oil, and hold Erbil liable for past oil revenues against budget allocations received from Baghdad.

In addition to undermining the KRG's energy industry, the ruling could limit federal Iraq’s too—indeed, the very concept of oil federalism is at risk. The decision also complicates the ongoing government formation process, and may even invite backlash against a judiciary that has maintained widespread respect among Iraqis.

Erbil municipality: +600,000 tons of garbage were processed and collected in the city