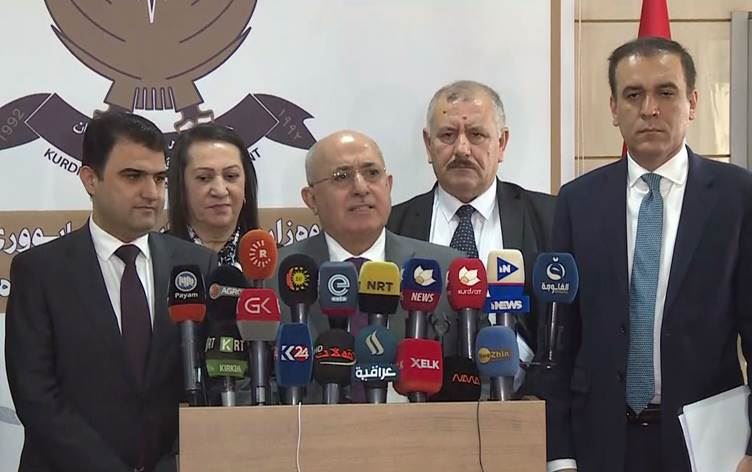 Shafaq News / The Kurdistan Regional Government delegation in Baghdad announced its approval of the commitment to implement the borrowing law provisions after a round of negotiations with the federal government.

The head of the delegation, Minister of Finance of the region, Awat Sheikh Janab, said in a press conference, "We received a letter from the Federal Ministry of Finance stipulating the commitment to implement the provisions of the fiscal deficit (borrowing) law. In its turn, the regional government responded by agreeing to abide by everything stated in the law."

He added, "We have informed Baghdad of the Kurdistan Region's readiness to implement the principles of the constitution and all laws issued by the Iraqi parliament," adding, "it is now up to the court of the federal government, Kurdish representatives, and the Iraqi parliament if they are willing to implement the decisions contained in the law after the region has shown its full commitment to its provisions."