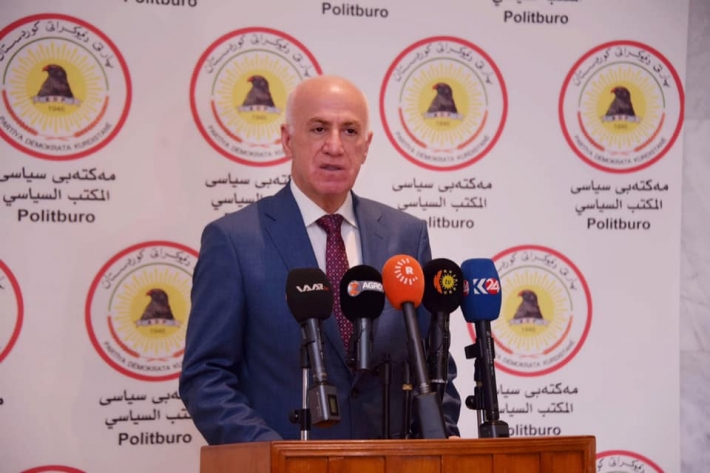 Shafaq News/ The Kurdistan Democratic Party (KDP) has decided to start with a clean sheet and resume the talks with the political parties in the Kurdistan region of Iraq, spokesperson Mahmoud Mohammed said on Thursday.

Mohammed's remarks came during a press conference he held earlier today in the capital city of the Kurdistan region, Erbil.

"In the political report of the party's 14th congress, we decided to start a new page for talks and agreement with the other political parties and focus on the commonalities we share with them," Mohammed said, "it is bound for divergences to exist, but we also have commonalities to focus on; which are the interests of the Kurdistan region in the national and ethnic sense."

The Spokesperson said that the KDP's Politburo had issued a decree that compels the figures who serve in both partisan and government/parliamentary positions simultaneously to resign from their positions in the state.

KDP issues a statement on the 75th anniversary of its founding

The Sadrist bloc is the closest political party to the KDP, official says