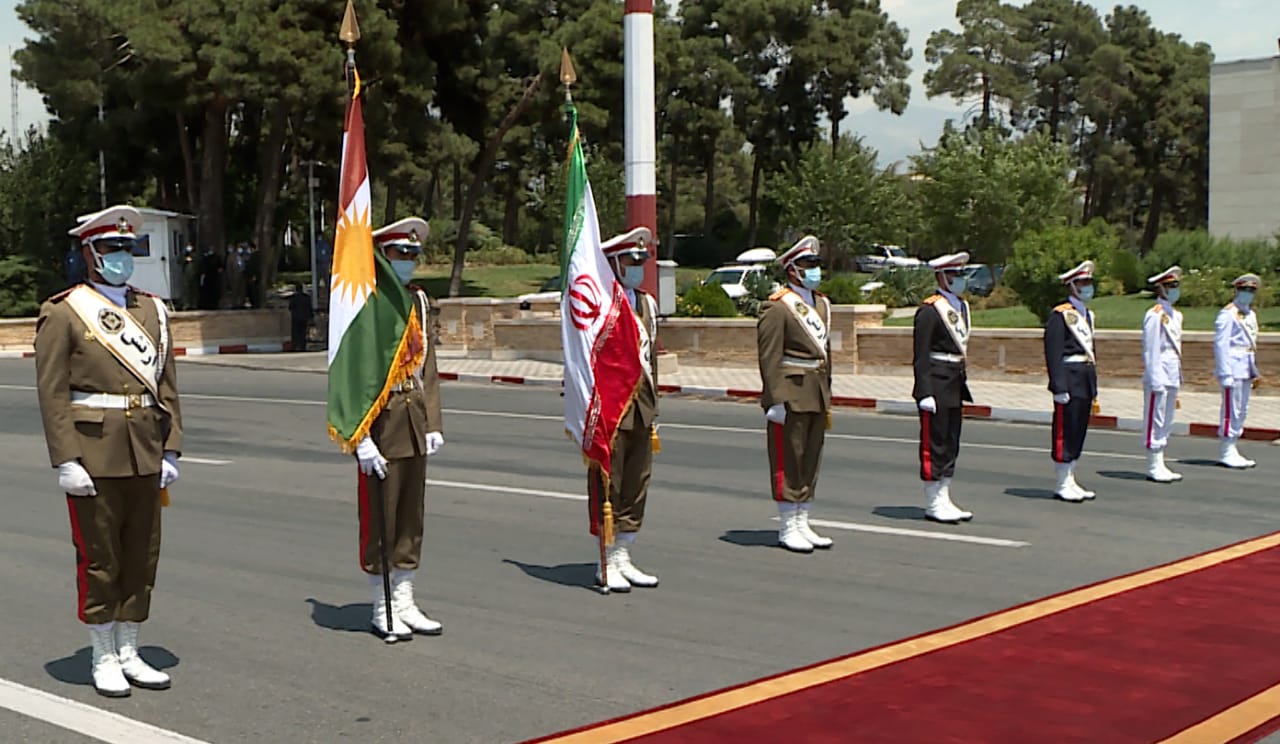 During the reception ceremony, the flag of the Kurdistan Region was raised alongside the Iranian flag.

Kurdistan’s President, Nechirvan Barzani, is headed today, Thursday, on an official visit to the Iranian capital, Tehran to participate in the inauguration of President-elect Ibrahim Raisi.

Ebrahim Raisi will be sworn in as Iran’s president today afternoon in front of international officials from 73 countries and about 115 figures.

His swearing-in ceremony comes after Tuesday’s ceremony in which the country’s Supreme Leader Ayatollah Ali Khamenei formally marked Raisi as president in a ceremony attended mostly by Iranian officials.

Raisi was elected President of Iran in the June 18 presidential election, earning over 62 percent of the votes.

Barzani and Macron agree upon maintaining the Regions stability and security

Kurdistan’s President: the constitution of Kurdistan will be for all Kurds

President Barzani praises the efforts to archive the history of Kurdistan