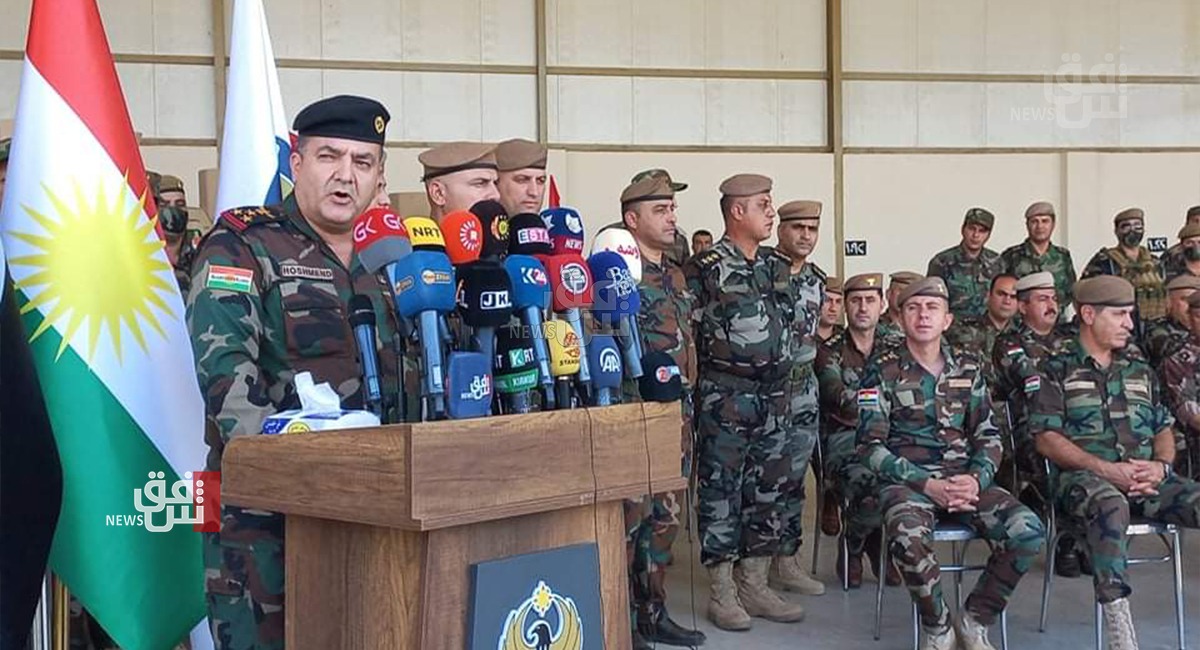 Shafaq News/ On Wednesday, the US-led Global Coalition delivered dozens of military vehicles to the Ministry of Peshmerga.

In an official ceremony, the General Directorate of Al Meera in the Peshmerga received 256 military vehicles from the Coalition forces.

The Deputy Chief of Staff of the Peshmerga for Administration and Al-Mira Affairs, Brigadier General Houshmand Rashid, said that the military aid consisted of 204 armored combat Humvees and 22 administrative Humvees, in addition to various military vehicles.

The Kurdish military official called on the Global Coalition to arm these vehicles with special weapons.

The military commander added that the Ministry of Peshmerga had prepared to distribute these military vehicles to the brigades.

Peshmerga Ministry warns PKK of undermining the security of Duhok