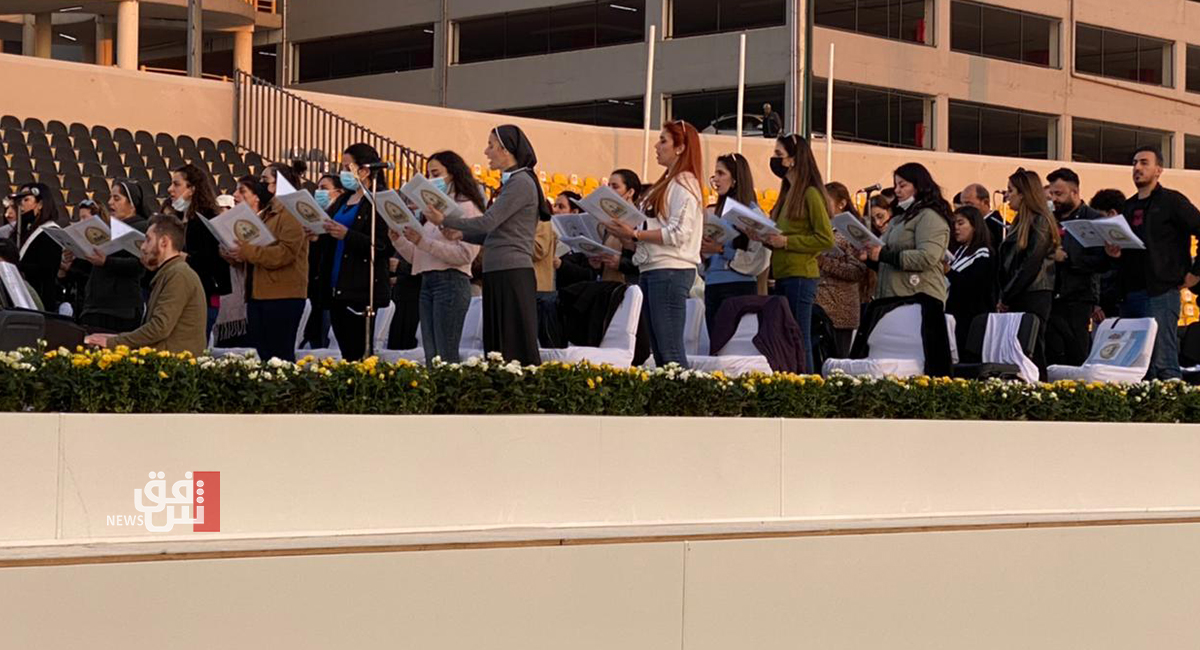 Shafaq News/ The reporter of Shafaq News Agency stated on Saturday that the preparations to host the Pope in Erbil are still ongoing.

Our reporter said that the Franso Hariri football stadium in Erbil is ready to host a mass by Pope Francis. Nearly 10 thousand people will attend the mass.

The organizers completed setting marks on the stadiums according to social distancing procedures.

Erbil thanks China for supporting the Region