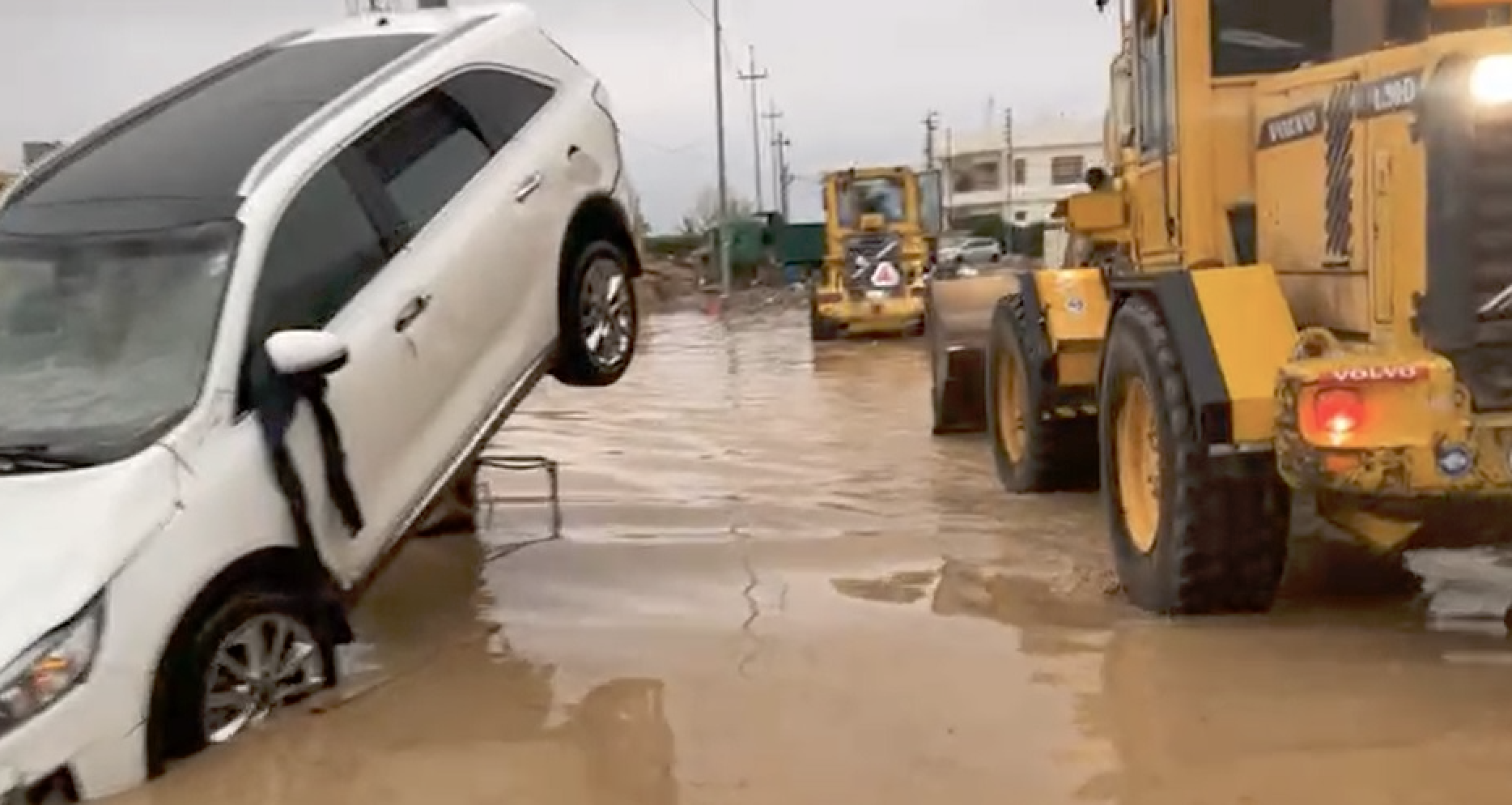 Shafaq News/ Erbil Governor, Umed Khushnaw, announced that eight people, including a child, died due to the floods in Erbil.

Witnesses told Shafaq News Agency that the rainwater inundated several neighborhoods, in addition to areas around the city center.

Erbil Governorate declared a state of alert and called on the civilians to cooperate with its teams.

The Speaker of the Jordanian Parliament arrives in Erbil