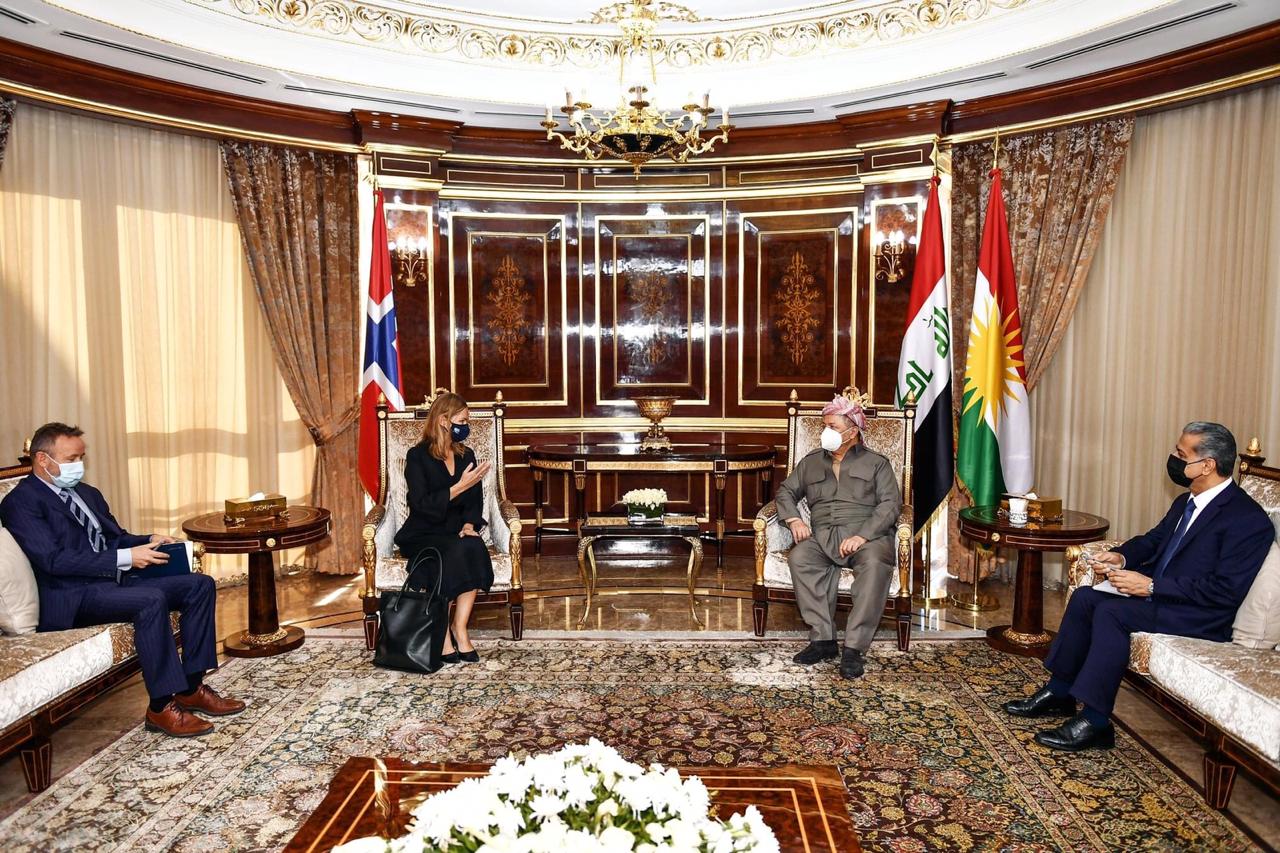 Shafaq News / The Norwegian ambassador to Iraq expressed her country's desire to develop relations with Kurdistan Region during her meeting with Masoud Barzani, the Kurdish leader, in Erbil today, Wednesday.

Barzani's office said in a statement received by Shafaq News agency, that the Kurdish leader received in Saladin resort, Erbil, Norway's ambassador to Iraq, Ton Allers, and exchanged views on the political situation and the latest developments in Iraq

The Norwegian ambassador expressed her sympathy and concern for the attack on the headquarters of Kurdistan Democratic Party in Baghdad and its gratitude for the sacrifices of the Kurdish Peshmerga forces in the war against ISIS terrorists. She praised the "positive step" of normalizing the situation in Sinjar between the regional and federal governments.

The statement added that the Norwegian ambassador said that her country is part of the international coalition against ISIS and played a role in training and qualifying the Peshmerga forces. She also confirmed her country's desire to develop coordination and relations between her country and Kurdistan Region.

The statement indicated that Barzani, for his part, expressed his gratitude for the role of the State of Norway in the international coalition for the war against ISIS and welcomed the idea of developing relations between the two sides. Barzani said that the relations between Erbil and Baghdad have taken a positive path and there is an opportunity to solve the outstanding problems.

The meeting also touched upon the upcoming elections in Iraq, the threats of terrorism and the security situation in Iraq, as well as the incident of the village of Al-Farhatia, according to the statement.

Kurdish leader receives a US delegation in Erbil