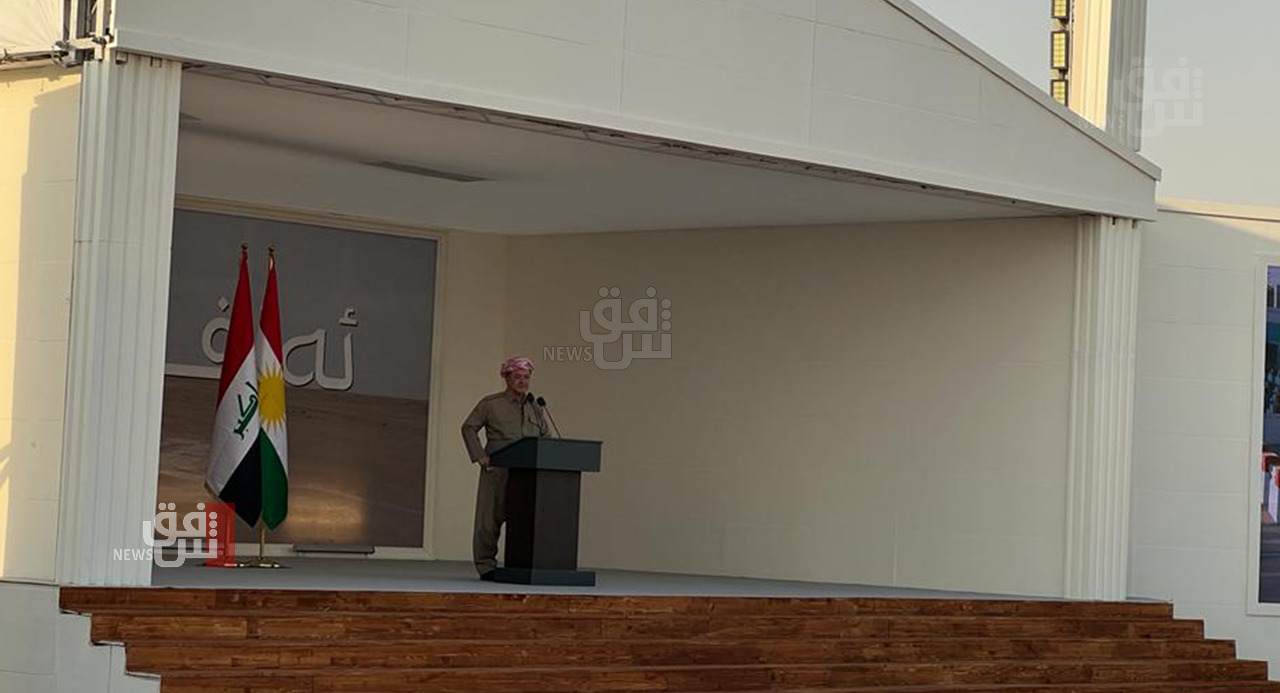 Shafaq News/ The Kurdish leader Masoud Barzani on Saturday said that the chauvinist culture the former regime has consolidated in Iraq hinders the resolution of the Baghdad-Erbil disputes.

Barzani's remarks came during a speech he delivered in a solemn ceremony held in Erbil to receive the bodies of one hundred persons from the Barzani tribe killed by Saddam Hussein's regime.

Barzani called for replacing "the chauvinist culture that is still deeply rooted" with "the culture of tolerance, coexistence, fraternity, and love."

Masoud Barzani meets with high-level US diplomats near Erbil

Masoud Barzani extends greetings to the Yazidis on the Red Wednesday