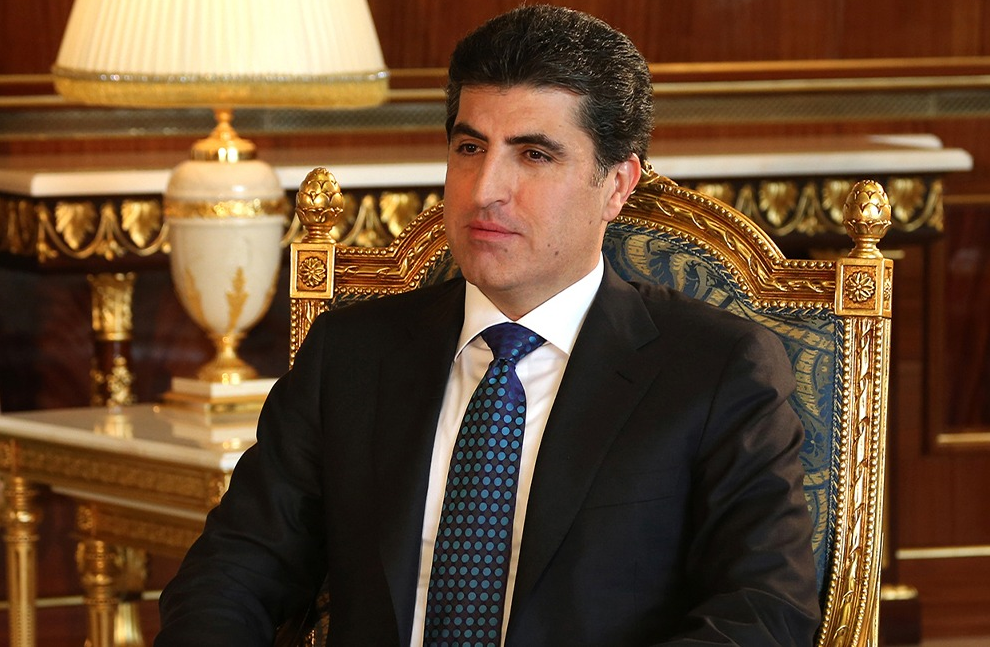 Shafaq News/ The President of Kurdistan Region, Nechirvan Barzani, said he is bolstering efforts to announce Sinjar a governorate, calling for facilitating the displaced people's return to their home.

In a speech of the President of Kurdistan Region, Nechirvan Barzani delivered by his advisor, Nawzad Hadi, he said, “Returning the remains of our dear sisters and brothers to their home opens another sad page of a history full of pain."

He added, "The Yazidi society is a model of a moderate, tolerant, life-loving, peaceful, humane society with beautiful and high values, who wants to live with everyone, with all components, in safety and peace. They are concerned only with living and managing their life affairs. Throughout history, they have made enormous sacrifices. They sacrificed With souls and money, so they could preserve their belief and faith in God, the Yazidis, and their religion. They were never a source of problems or concern for their neighbors and those around them, on the contrary, they are always a factor of safety, harmony, and a model for coexistence."

The advisor added, "The genocide committed by ISIS terrorists against the Yazidis was not just a reactionary attempt to strike the region's oldest religions and humanity, but rather a futile and miserable attempt to strike the supreme concepts and values ​​of the people of Kurdistan represented in tolerance, solidarity, coexistence, humanity, and love of life that are the characteristics of the Yazidi community."

He continued, "We will make every effort and continue to work to make Sinjar a Governorate. We will work, cooperate, and coordinate with Iraq and the international community so that the Yazidis and any other component do not suffer a calamity of this kind. We call on the Iraqi federal government to compensate our Yazidi sisters and brothers, and for the terrorists and perpetrators of genocide to receive their legal punishment."

"Out of 6417 kidnapped Yazidi sisters and brothers, only 3543 have been liberated so far. Then, only 2874 remain. We assure you that we will continue our efforts to liberate and uncover the fate of all the kidnapped and will never surrender."

President Barzani pledges support to Yazidis in Iraq and the world

Kurdistan’s President thanks Britain for its role in confronting ISIS

President Barzani to Kurdistan's parties: preserve the constitutional rights of Kurdistan is our goal