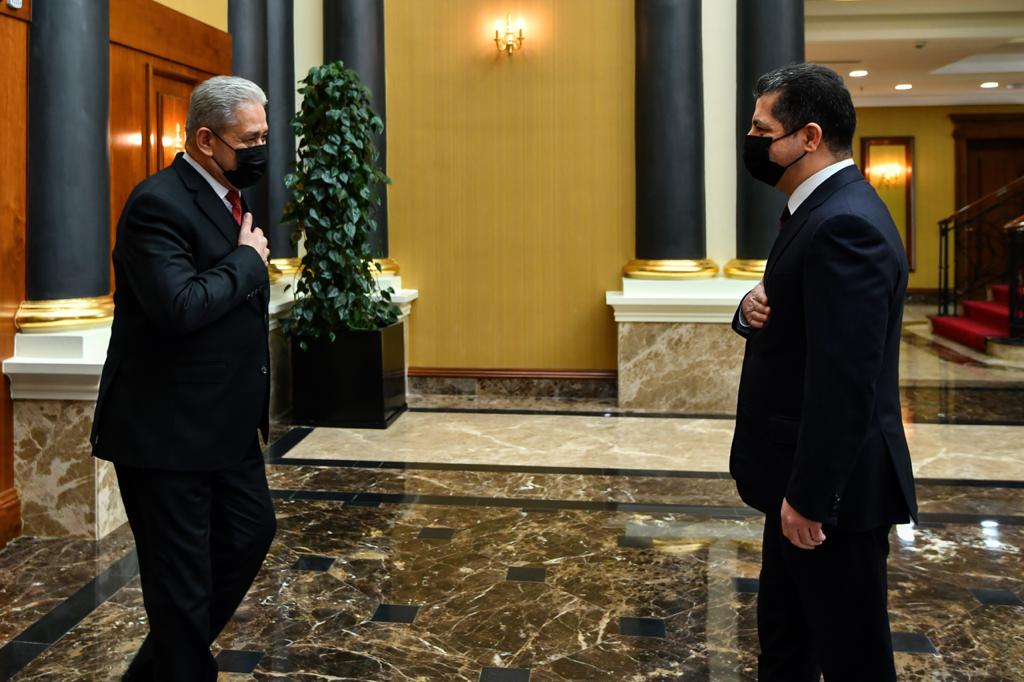 A statement issued by KRG stated that Prime Minister discussed with Al-Asadi in Erbil the latest developments in Iraq, and the relations between the Region and the federal government and ways to strengthening security coordination between the two sides.

Also, the two parties stressed the need to implementing the Sinjar Agreement, including the exit of militias and illegal armed forces, according to the statement.

Al-Kadhimi-Barzani: to unify positions to face the challenges

On the World Refugees Day, PM Barzani: This is your home

President Barzani: the PKK must distance its war from Kurdistan