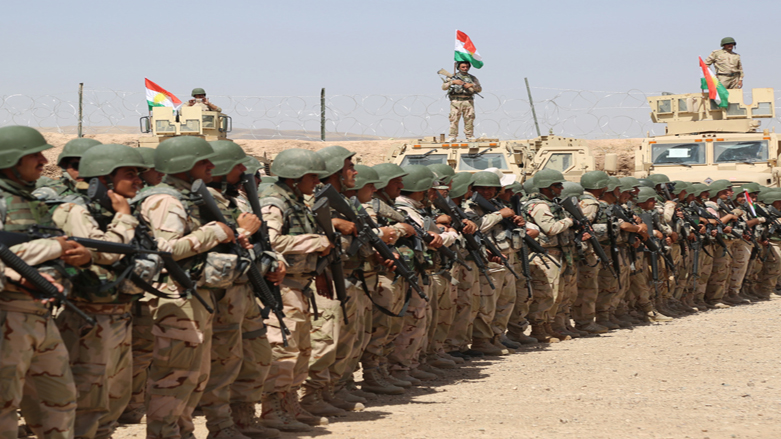 Shafaq News / The Minister of Peshmerga affairs, Shoresh Ismail, announced on Tuesday that the United States of America has provided two brigades of the Ministry's forces with modern and advanced weapons and military equipment, as part of the aid provided from Washington to Kurdistan Region to develop and enhance the capabilities of the Peshmerga forces to combat terrorism.

"We are glad today to announce a new phase of joint action between the US forces and the Peshmerga forces," Ismail said in a speech today on this occasion, "this military aid is a result of the deep bilateral and joint work between the two sides."

He added, "Today is another historic day to be added to the record of the gains of the Peshmerga forces," stressing, "The United States pays great and continuous attention to support the Peshmerga."

"The aid consisting of modern and advanced weapons and military equipment will be a new opportunity to increase the capacity of the Peshmerga forces and strengthen them in terms of logistics."

Ismail said, "we are proud of the love and friendship between the Kurdistan Region and the United States and value its role in developing the capabilities of the Peshmerga forces."

"The Peshmerga forces cooperate with all the international coalition forces and the Iraqi forces. Kurdistan Regional Government is working to strengthen those relations, especially in the areas witnessing a security void," he continued, "we will work together to maintain the security and safety of the residents of those areas and defeat ISIS."

The minister asserted, "we are going through a sensitive phase of the war against terrorism and we recognize the extent of the threats posed by ISIS, as its militants are mobile and active in some areas," adding, "the Peshmerga forces are ready to confront the organization and any threat it poses to the people of the region and the rest of Iraq."