170 Iraqis killed by ISIS this year

Shafaq news / The Security Media Cell announced on Tuesday that 170 security personnel and civilians were killed by ISIS militants since the beginning of this year.

This came in a statement by the cell in which it reported a statistic that constituted the whole of Iraq, except for the Kurdistan Region for the period between the beginning of last January and the 15th of April.

The cell said that during the aforementioned period, the Iraqi forces with all kinds of it , carried out, 1060 operations, while the number of orders for operations were issued(204).

The cell explained that "the operations achieved the following results:

- 7 wheels were destroyed and 18 more were found.

-279 dents and tunnels were destroyed .

-7 boats were destroyed and 3 more were found.

-6 motorbikes were destroyed and 15 more were found.

-51 explosive belts were destroyed and 12 others were found.

-252 grenades and grenade launchers were destroyed, and 409 more were found.

The cell also indicated that "the number of martyrs during this period reached 88 martyrs and 174 were injured from members of the security services, 82 were martyred and 120 civilians were wounded."

The cell added that "our security forces with all their formations, continue in all operational sectors with their duties and commitment in combating terrorism, law enforcement, securing cities and regions, and enhancing security and stability therein, as well as their obligations in the decisions of the Supreme Committee for Health and National Safety regarding preventive measures to combat Corona virus, for health security for the citizen and society. " 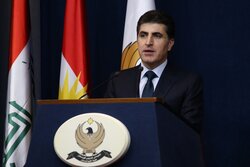 ISIS is not the only terrorist group in Iraq, Kurdish Official