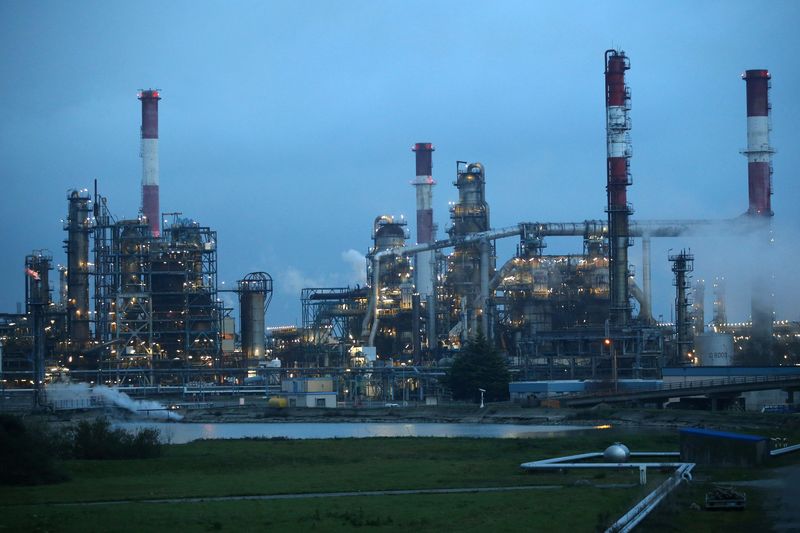 Both benchmark contracts were, however, on track to post declines for the week, with Brent set to drop nearly 3% and WTI nearly 2%.

The market is continuing to be pushed and pulled by the prospect of a European Union ban on Russian oil tightening supply and concerns about faltering global demand.

SPI Asset Management managing partner Stephen Innes said that oil traders were looking "for a glimmer of light at the end of China's gloomy lockdown tunnel".

"Still, we continuously end up at square one with lower case counts weighted against the authorities doubling down on their zero COVID policy," he added.

Inflation and aggressive rate rises have driven the U.S. dollar to 20-year highs, which has capped oil price gains as a stronger dollar makes oil more expensive when purchased in other currencies.

Analysts, however, continue to focus on the prospect of a European Union ban on Russian oil, after Moscow imposed sanctions this week on European units of state-owned Gazprom and after Ukraine halted a key gas transit route.

"With European natural gas prices soaring, it is inevitable that some spillover into oil will occur," OANDA senior market analyst Jeffrey Halley said in a note.

"An escalation by Russia on the sanctions front is likely to flow into oil price strength," he added.

An International Energy Agency report on Thursday highlighted the duelling factors in the market, saying rising oil production in the Middle East and the United States and a slowdown in demand growth are "expected to fend off an acute supply deficit amid a worsening Russian supply disruption".

The agency said it saw output from Russia falling by nearly 3 million barrels per day (bpd) from July, or about three times more than is currently displaced, if sanctions for its war on Ukraine are expanded or if they deter further buying.

Oil jumps 5% after 7 days of losses, boosted by weaker dollar