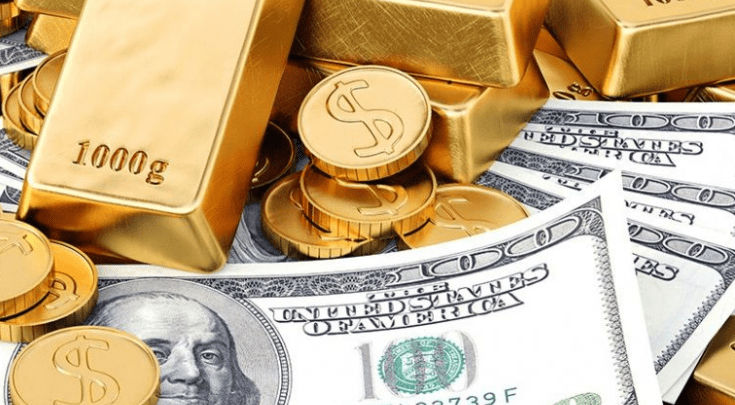 Shafaq News / Gold fell, on Thursday, to its lowest level in more than two months, as it was affected by the dollar rise, while investors are concerned about the uncertainty of additional measures to support the slowing economic recovery in the United States.

The dollar index settled near its highest level in more than eight weeks ahead of competing currencies, as indications of an economic slowdown in Europe and the United States revived concerns about the repercussions of a second wave of COVID-19 infections. And the higher dollar increases the cost of the yellow metal to holders of other currencies.

"Gold cannot eliminate the dominance of the dollar," said Edward Moya, an analyst at Oanda.

Meanwhile, US Federal Reserve officials are trying to convince investors that they will keep monetary policy easy for years.