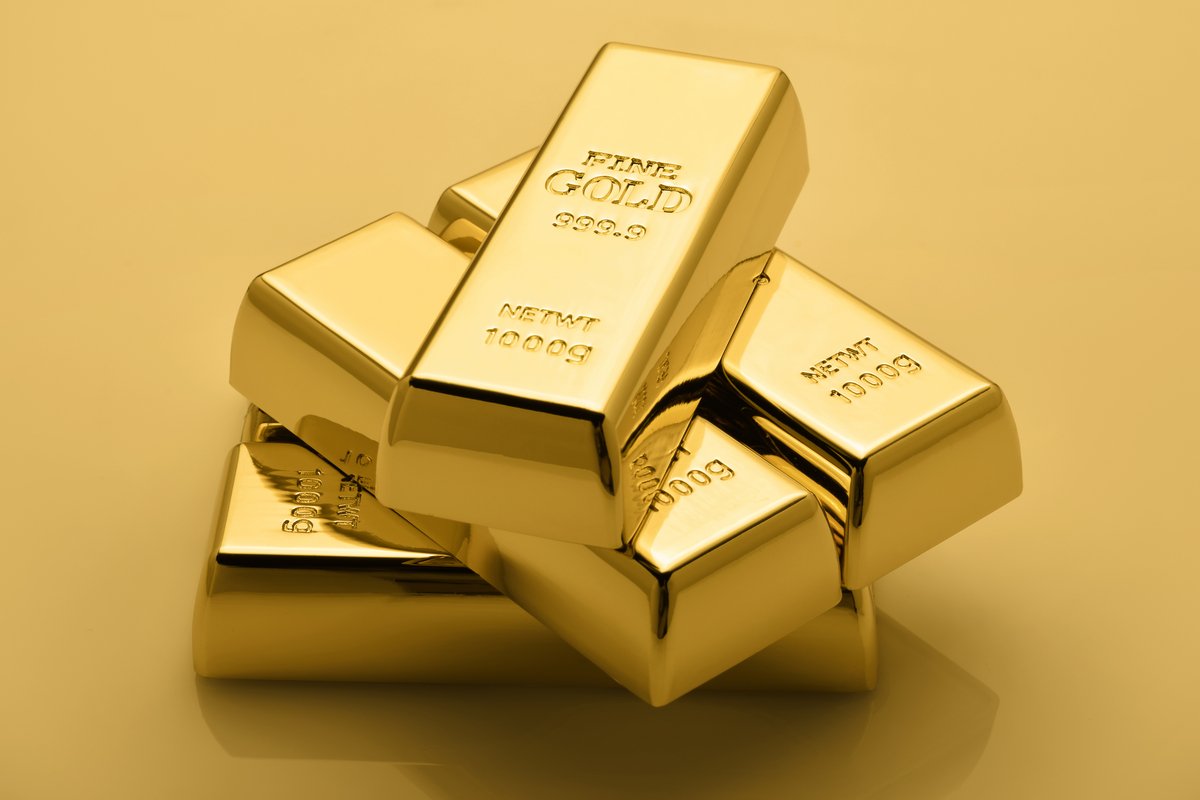 Shafaq News/ Gold declined to near the lowest level in four weeks as the U.S. dollar and bond yields rebounded ahead of a key Federal Reserve meeting.

The yield on 10-year Treasuries steadied following a rise to 1.49% on Monday after hitting three-month lows on Thursday. This damped the appeal of the non-interest-bearing precious metal. Investors will be looking to the Fed gathering, which starts Tuesday, for signals on a timeline for paring down emergency stimulus.

Bullion’s retreat from the highest level since January earlier this month came as investors weigh inflation pressures and the Fed’s monetary policy path. Expectations are that the central bank won’t signal scaling back bond purchases until August or September, even if it delivers projections for interest-rate liftoff in 2023, according to economists surveyed by Bloomberg.

The Federal Open Market Committee is expected to reaffirm plans to only adjust purchases once the U.S. economy achieves “substantial further progress” toward its employment and inflation goals in its policy statement on Wednesday.

“Gold may remain under pressure ahead of the FOMC meeting, weighed down by strength in the U.S. dollar,” said Yeap Jun Rong, market strategist at IG Asia Pte. “Any signs of an earlier timeline for tapering in the upcoming meeting may translate to downward pressure for gold.”

“Gold has broken below its previous upward trendline, with a lower price high and lower price low formed in the near-term,” said Yeap, adding that some profit-taking may be occurring ahead of the FOMC meeting.

“People look a little cautious around the impact of tapering and how the Fed discusses that,” said Nicholas Frappell, global general manager at Sydney-based ABC Bullion. “It may be that the Fed is less dovish about the ‘transitory’ language over inflation, or give a more concrete sense of ‘when’ the tapering discussions start in earnest. Gold’s move is likely to reflect that uncertainty.”

Gold Down over Strengthening U.S. Dollar