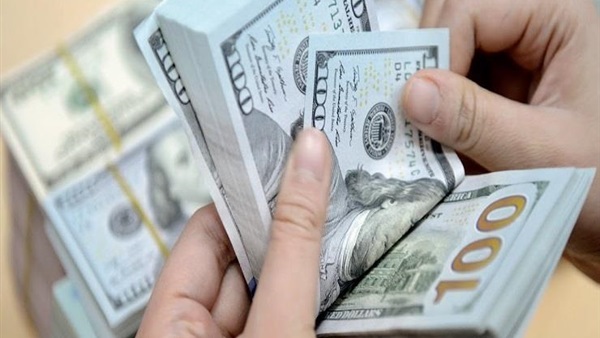 Shafaq news/ (Reuters) - The U.S. dollar dipped on Tuesday, hitting a one-month low against a basket of major currencies, as investors awaited the outcome of fiscal stimulus talks ahead of the upcoming U.S. presidential election and coronavirus cases spiked in Europe.

The dollar index declined for a second day, with the safe-haven currency hitting 92.991, its lowest since Sept. 21, as House Speaker Nancy Pelosi she was optimistic Democrats could reach a deal with the Trump administration on additional COVID-19 relief that could get aid out by early next month.

“You have to think about U.S. dollar weakness as a possible longer-lasting fixture,” said Yousef Abbasi, global market strategist at StoneX.

While fiscal stimulus talks have been at an impasse, investors are looking beyond the Nov. 3 elections, he said.

“The most optimistic stimulus story is the ‘blue wave’ stimulus story: Biden gets the White House, the Senate turns Democrat, and boom, we unlock $4 trillion to $5 trillion in spending in 2021, related to stimulus, some of the Biden initiatives on infrastructure, green energy and things like that,” he said.

While markets are confident a win by Biden would lead to more fiscal stimulus, investors are also wary of a potentially contested election result that might boost the greenback’s safe-haven appeal.

“As we approach U.S. elections and with COVID infections around the globe rising at a fast pace, investors may refrain from engaging into large trading positions,” said Charalambos Pissouros, a senior market analyst at JFD Group.

France reported a massive jump in people hospitalized and Ireland announced some of Europe’s toughest restrictions.

Still, markets have stayed within recent ranges with foreign exchange volumes dropping amid rising uncertainty in both the United States and Europe.

“Currency markets are in wait-and-watch mode with traders unwilling to take big bets before such a major event risk,” said Lee Hardman, currency strategist at MUFG in London.

Britain’s chief Brexit negotiator David Frost said there was no basis to resume trade talks with the European Union unless there was a fundamental change in Brussels’ approach.

The pound’s resilience to negative news flows pointed to optimism that a deal will eventually go through, said Stephen Innes, chief global market strategist at Axi.

“Let’s hope constructive progress endures. It feels like we are playing a pinball machine, getting bounced around but not going anywhere these days,” he said.

On the data front, U.S. single-family homebuilding surged to a more than 13-year high in September amid record-low mortgage rates and a migration to the suburbs and low-density areas in search of more room for home offices and schooling.

“These data suggest construction is blazing a trail as the economy normalizes amid the COVID-19 crisis,” ANZ Research said in a note to clients.

US dollar exchange rate drops in Iraq and Kurdistan