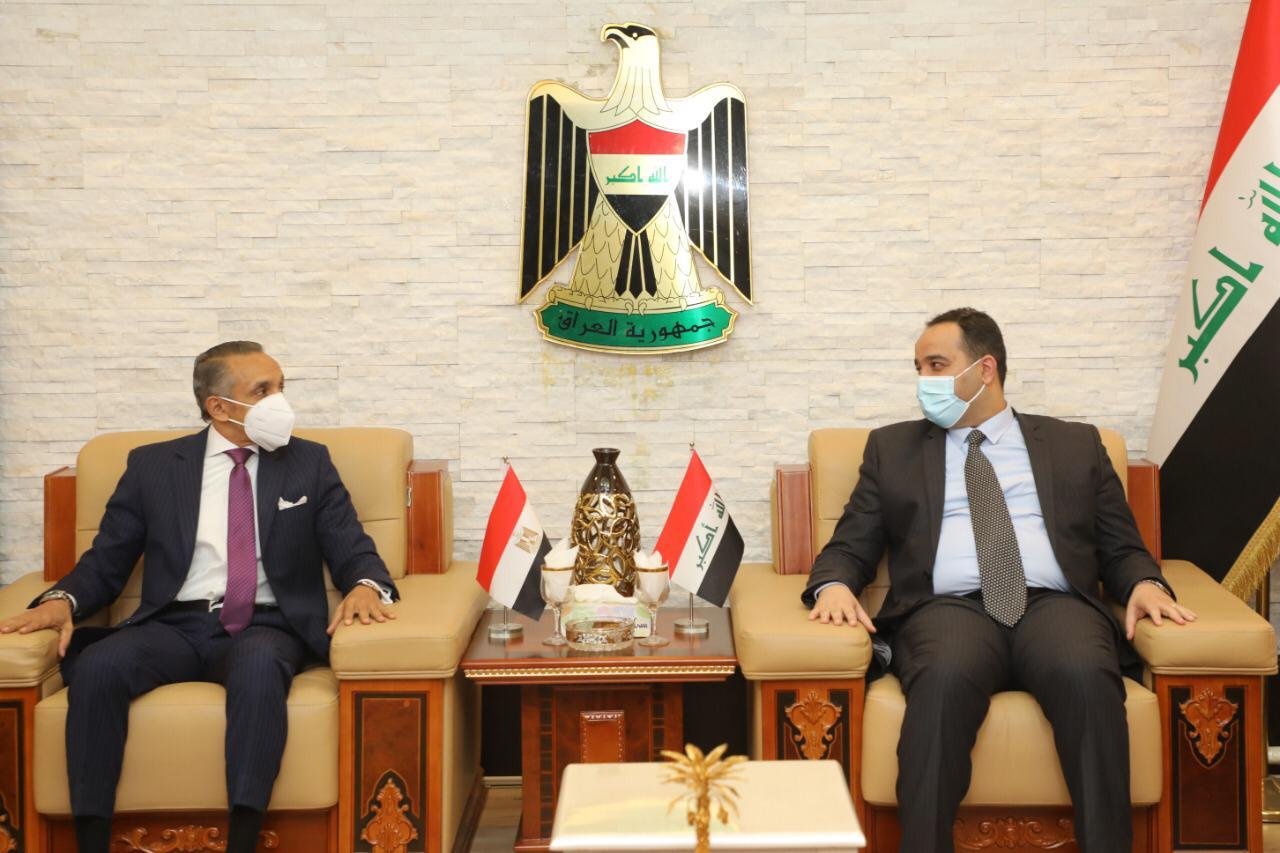 Shafaq News / The Iraqi Minister of Trade announced on Thursday the willingness to hold tripartite summit meetings that include Iraq, Egypt and Jordan to enhance joint economic cooperation and establish a free zone for trade exchange between the three countries.

In a statement received by Shafaq News Agency, the ministry said, "The Minister of Trade, Alaa Ahmed Al-Jubouri, discussed with the Egyptian ambassador to Iraq, Alaa Moussa, ways to develop joint relations and commercial cooperation between the two countries".

The minister expressed his ministry's desire to develop commercial cooperation and joint work with Egypt through successful agreements and partnerships in the field of investment, indicating that tripartite summit meetings (Iraq- Egypt- Jordan) are being prepared to be held, in order to enhance joint economic cooperation and establish a free zone for trade exchange.

For his part, Egyptian Ambassador Alaa Moussa affirmed his country's keenness to consolidate economic and trade relations with Iraq, and upgrade cooperation to include all fields to serve the common interests, noting that his country is ready to receive joint committees and study agreements during the next stage.

It is noteworthy that a tripartite summit was held on August 25 in the Jordanian capital, Amman, between Iraqi Prime Minister Mustafa Al-Kadhimi, the Egyptian President Abdel Fattah Al-Sisi, and the King of Jordan, King Abdullah II.