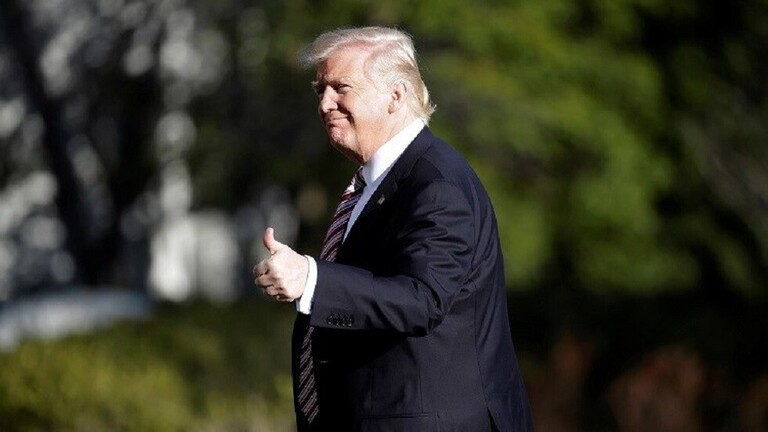 Trump said in a tweet posted on the social networking site "Twitter", "I thank Turkish President, Recep Tayyip Erdogan .. Millions of lives will be saved."

Immediately after Trump's announcement of great news coming from Ankara, Vice President of the United Stated, Mike Pence said in a news conference with Secretary of State ,Mike Pompeo in the Turkish capital that a ceasefire had been agreed with Turkey in northeastern Syria.

According to Penes, Trump has agreed to stop economic sanctions against Turkey after the implementation of the agreement on Syria.

Turkey has launched on 9th of October, amid widespread opposition and criticism from the Syrian authorities , the governments of many Arab and Western countries, a military operation called "the spring of peace" northeast of Syria "to clear these territories of terrorists," referring to the Kurdish "YPG", which is considered by Ankara as an arm of Kurdistan Workers' Party (PKK) active within the Washington-backed Syrian Democratic Forces as part of the campaign against ISIS.

Trump, who decided to withdraw his troops from northeastern Syria amid widespread criticism of the measure, threatened to "destroy Turkey's economy if it crossed the allowed limits" during the military operation. The United States has imposed sanctions on Turkey's defense, energy, defense and energy ministries over these differences, but many US politicians call for tougher measures aimed at the Turkish military sector and the president personally.