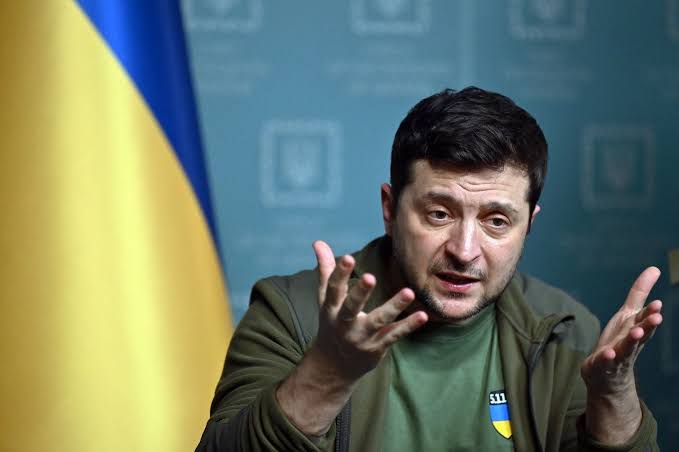 Shafaq News / President of Ukraine Volodymyr Zelensky, speaking at the NATO summit, has said that the Alliance could provide Ukraine with 1% of all its tanks and aircraft.

The head of state recalled that Ukraine had applied to NATO representatives for combat aircraft and tanks, both on a reimbursable and non-reimbursable basis, to prevent deaths among its own population and unblock the cities surrounded and occupied by Russian troops.

"But they didn't give us a single one... This is the worst thing during the war – not to have clear answers to requests for help. Ukraine never wanted this war. And does not want to fight for years. We just want to save our people. We want to survive! Like anyone people, we have the right to this. The right to life. The right to this percentage," Zelensky said.

"I don't blame NATO. You shouldn't. It's not your rockets and bombs that are destroying our cities. There were phosphorus bombs today. Both adults and children were killed. I just want you to know: the Alliance can still prevent Ukrainians from dying from Russian strikes. By providing give us all the weapons we need," the president added.

War in Ukraine has become war of attrition likely to end through negotiations, NATO Chief Says