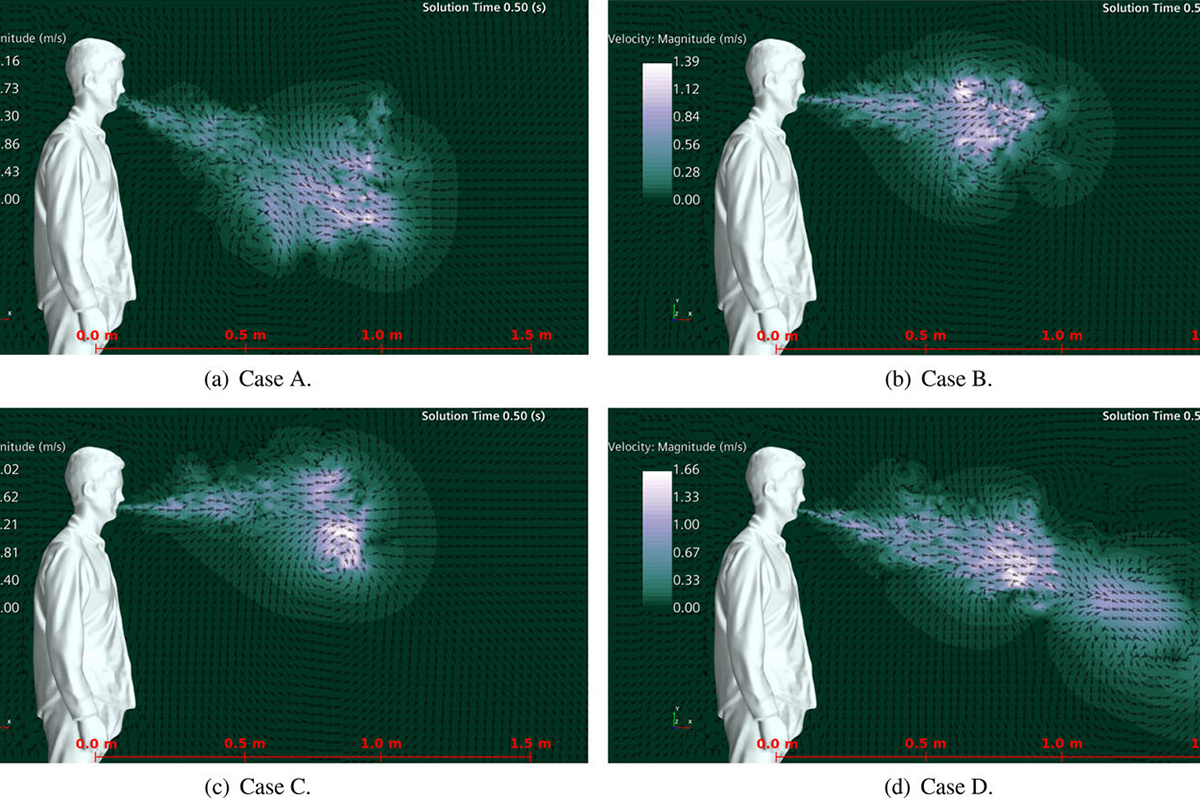 New research from the University of Central Florida has identified physiological features that could make people super-spreaders of viruses such as COVID-19.

In a study appearing this month in the journal Physics of Fluids, researchers in UCF’s Department of Mechanical and Aerospace Engineering used computer-generated models to numerically simulate sneezes in different types of people and determine associations between people’s physiological features and how far their sneeze droplets travel and linger in the air.

They found that people’s features, like a stopped-up nose or a full set of teeth, could increase their potential to spread viruses by affecting how far droplets travel when they sneeze.

According to the U.S. Centers for Disease Control and Prevention, the main way people are infected by the virus that causes COVID-19 is through exposure to respiratory droplets, such as from sneezes and coughs that are carrying infectious virus.

Knowing more about factors affecting how far these droplets travel can inform efforts to control their spread, says Michael Kinzel, an assistant professor with UCF’s Department of Mechanical Engineering and study co-author.

For instance, when people have a clear nose, such as from blowing it into a tissue, the speed and distance sneeze droplets travel decrease, according to the study.

This is because a clear nose provides a path in addition to the mouth for the sneeze to exit. But when people’s noses are congested, the area that the sneeze can exit is restricted, thus causing sneeze droplets expelled from the mouth to increase in velocity.

Similarly, teeth also restrict the sneeze’s exit area and cause droplets to increase in velocity.

“Teeth create a narrowing effect in the jet that makes it stronger and more turbulent,” Kinzel says. “They actually appear to drive transmission. So, if you see someone without teeth, you can actually expect a weaker jet from the sneeze from them.”

The results indicate that when someone keeps their nose clear, such as by blowing it into a tissue, that they could be reducing the distance their germs travel.

They found that thinner saliva resulted in sneezes comprised of smaller droplets, which created a spray and stayed in the air longer than medium and thick saliva.

For instance, three seconds after a sneeze, when thick saliva was reaching the ground and thus diminishing its threat, the thinner saliva was still floating in the air as a potential disease transmitter.

The researchers say they hope to move the work toward clinical studies next to compare their simulation findings with those from real people from varied backgrounds.

The work was funded by the National Science Foundation.