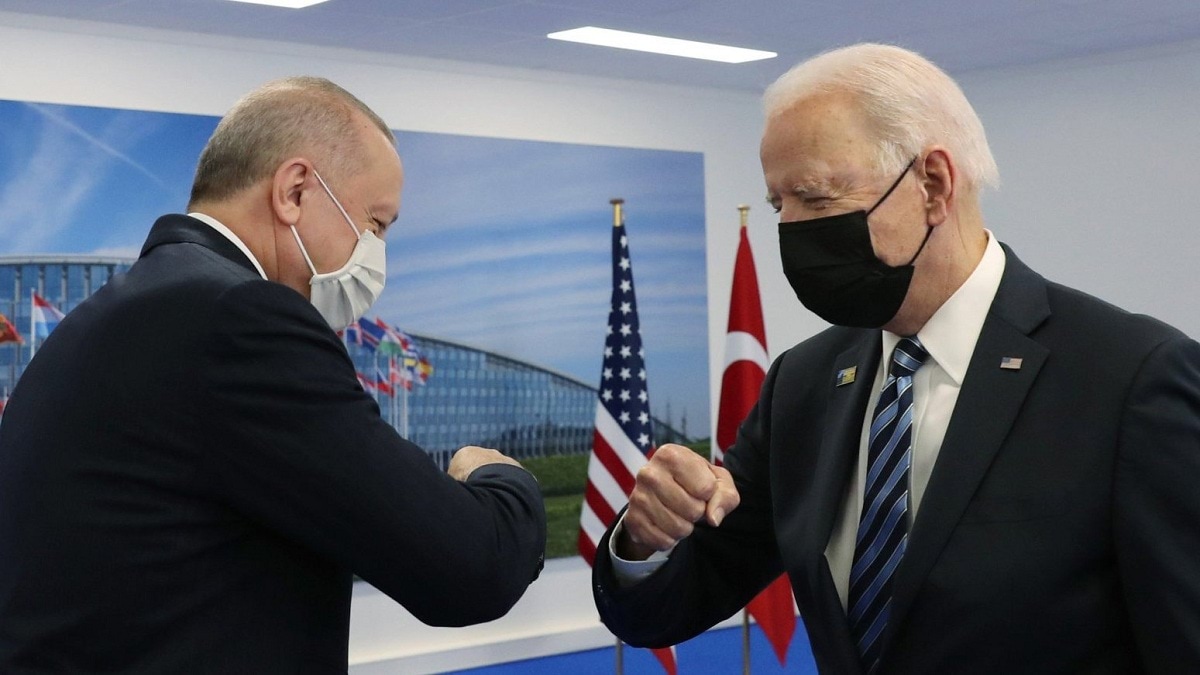 However, the two leaders were not able to resolve the long-standing issue of Turkey's purchase of Russian S-400 defense systems, Sullivan said, a bitter dispute that strained ties between the NATO allies. He added that dialogue on the issue would

Sullivan told reporters that Biden and Erdogan, in their meeting on Monday at the NATO summit, discussed the Afghanistan issue. Erdogan sought certain forms of U.S. support to secure the airport and Biden committed to providing that support, Sullivan said.

"The clear commitment from the leaders was established that Turkey would play a lead role in securing Hamid Karzai International Airport and we are now working through how to execute to get to that," Sullivan said, giving the first details from the U.S. side of the meeting which the Turkish presidency has not provided details of.

Turkey and the United States have been at odds over a host of issues including Ankara's purchase of Russian weaponry, policy differences in Syria and the Eastern Mediterranean and expectations for a breakthrough in first face-to-face meeting between Erdogan and Biden were slim.

The two leaders sounded upbeat after their meeting although they did not announce what concrete progress they made. One potential area of cooperation has been Afghanistan, where Ankara has offered to guard and operate Kabul airport after U.S. and NATO forces withdraw in coming weeks.

The security of the airport is crucial for the operation of diplomatic missions out of the Afghanistan as Western forces pull out.

Last week, a Taliban spokesman said Turkey should withdraw its troops from Afghanistan under the 2020 deal for the pullout of U.S. forces but Sullivan said the Taliban comments did not deter the "detailed and effective" security plan the United States was putting together.

"Obviously we take seriously the concern that Taliban or other elements in Afghanistan will attack the Western or the international presence...We do not believe that what Taliban has said publicly should or will deter the efforts underway right now to establish that security presence," he said.

As president, Biden has adopted a cooler tone than predecessor Donald Trump towards Erdogan. Biden quickly recognised the 1915 massacre of Armenians as genocide - a position that angers Turkey - and stepped up criticism of Turkey's human rights record.

But it was not clear if Biden raised the human rights issue with Erdogan during his meeting and Sullivan provided little details on how, if at all, the impasse over the S-400s, which prompted Washington to remove Ankara from the F-35 fighter jet program and impose sanctions, would be resolved.

"They discussed it. There was not a resolution of the issue. There was a commitment to continue the dialogue on the S-400 and the two teams will be following up on that coming out of the meeting," he said.