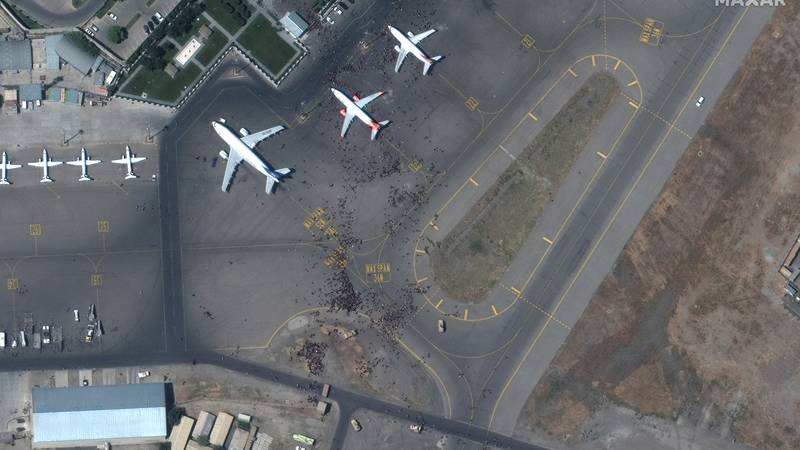 Shafaq News / Armed U.S. fighter jets have been flying over Kabul to ensure security for the evacuation operation, the Pentagon said on Thursday, adding that there had been no hostile interactions with the Taliban or attempts to impede the evacuation.

Pentagon spokesman John Kirby told a news briefing the jets had not conducted "low pass" flights over the city but had been engaged in "overwatch."

"The overwatch flights ... have been in the air since before the noncombatant evacuation operation. It's prudent force protection measures in the air, to make sure that we can protect our people and our operations against any threat," he said.

Army Major General William Taylor told the briefing that multiple gates at Kabul international airport were now open and about 7,000 people have been evacuated so far.

He said the military now has more than 5,200 troops at Kabul airport to guard the evacuation.

Kirby said the Pentagon had not seen any hostile interactions with the Taliban and had not seen the group's fighters impede, harass or obstruct the movement of American citizens into the airport.

"We've made it very clear to the Taliban that any attack upon our people in our operations at the airport would be met with a forceful response," he said.