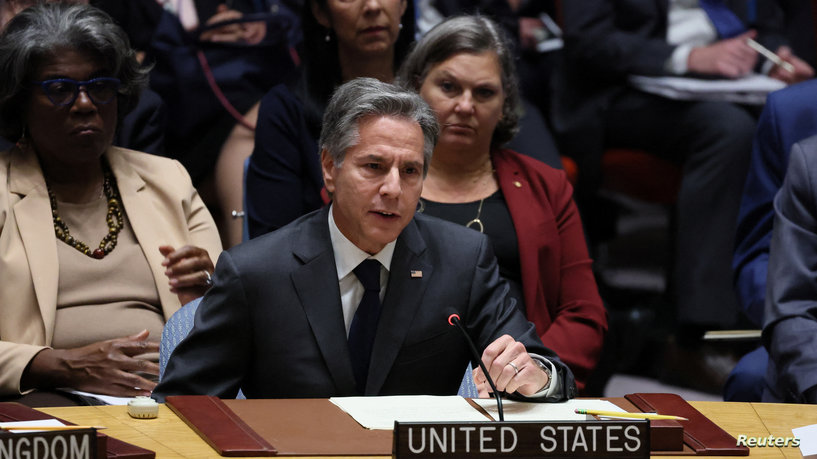 Shafaq News/ On Thursday, the U.S. Secretary of State Antony Blinken on Thursday called on the United Nations to demand from the Russian President to stop his "reckless nuclear threats."

A dressing a U.N. Security Council meeting, the top American official said the Vladimir Putin has "picked this week, as most of the world gathers at the United Nations, to add fuel to the fire he started shows his utter contempt for the U.N. charter, for the general assembly and this council."

"The international order we have gathered here to uphold is being shredded before our eyes. " Blinken added.

The U.S. Secretary of State said the world "can't let" Russian President Vladimir Putin "get away" with Russia's war of aggression against Ukraine.

The war in Ukraine is at crossroads after Putin ordered a "partial mobilization" of reservists to bolster his forces in Ukraine.

The move sent some to buy plane tickets to flee the country.

Putin framed the ongoing fighting with Ukraine as part of a larger struggle for Russian survival against a West whose goal is to "weaken, divide and ultimately destroy our country."