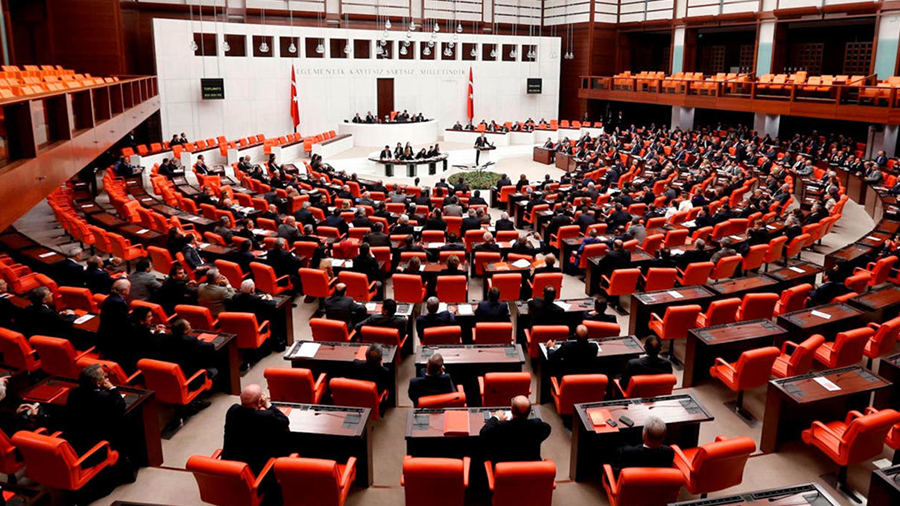 Shafaq news/ Turkish lawmakers were making their final speeches Tuesday before voting on a bill that would give the government greater powers to regulate social media, in what human rights groups and the opposition have decried as a violation of free expression online.

The new legislation would require major social media companies such as Facebook and Twitter to keep representative offices in Turkey to deal with complaints against content on their platforms.

The government says the draft legislation is needed to combat cybercrime, and will protect people from slander while safeguarding their right to privacy. But critics say Turkey’s worrying track record on internet freedoms indicates the law would be used to restrict rather than protect.

Hundreds of social media users have already been investigated and some arrested for their posts on the COVID-19 pandemic, opposition to Turkish military offensives in Syria or insulting President Recep Tayyip Erdogan and other officials.

The new legislation would require social media providers to store user data in Turkey, which the United Nations Office of the High Commissioner for Human Rights on Tuesday said would undermine “people’s right to communicate anonymously.”

The main opposition Republican People’s Party said the law would serve to control social media, which has become a “sanctuary” for people to obtain and provide alternative news.

“Critical voices will be silenced, criticism of the government will decrease,” the party said.