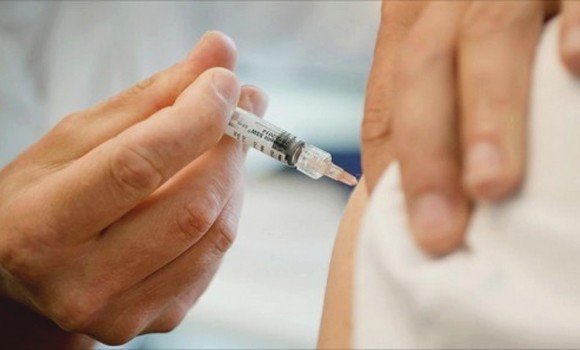 Shafaq News/ It is safe for people to receive a COVID-19 vaccine and a flu shot at the same time and it does not negatively impact the immune response produced by either, a British study found on Thursday.

Britain and other northern hemisphere countries are bracing for a tough winter and the possibility of a surge in flu cases as COVID-19 restrictions are eased and social distancing measures relaxed.

Booster COVID-19 shots are being given to elderly and vulnerable people and to health workers in Britain, while Prime Minister Boris Johnson's government has also promised the biggest flu vaccination programme in history this year.

The study, led by the University of Bristol, found that reported side effects were usually mild to moderate in tests with three flu vaccines and either Pfizer (PFE.N) or AstraZeneca's (AZN.L) COVID-19 shot.

"This is a really positive step which could mean fewer appointments for those who require both vaccines," chief investigator Rajeka Lazarus said.

"The results of this study have been presented to the Joint Committee on Vaccination and Immunisation (JCVI) for their consideration and will aid policy makers in planning the future of these important vaccination programmes."

Shots were given on the same day, in opposite arms.

The study found 97% of participants said they would be willing to have two vaccines at the same appointment in the future.

The study involved 679 volunteers at 12 sites across England and Wales, and was released as a pre-print, with full results due to be published in the Lancet.

Latest on the worldwide spread of COVID-19