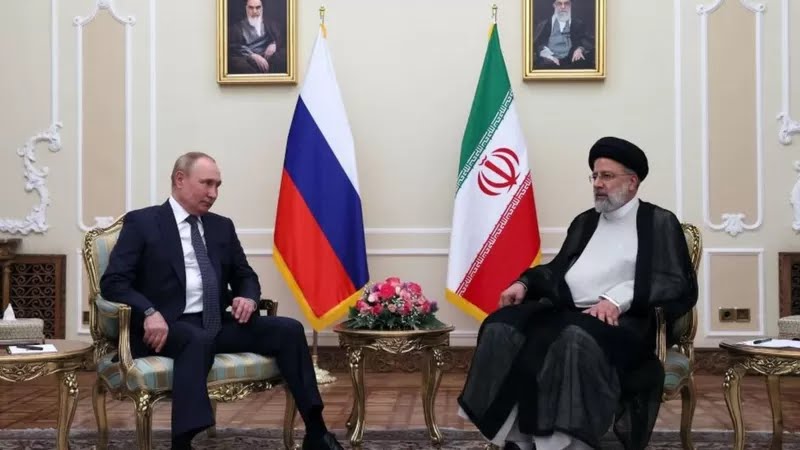 Shafaq News/ Russia, Turkey and Iran on Tuesday vowed to continue their cooperation to "eliminate terrorists" in Syria, in a trilateral statement after their presidents met in Tehran.

The three countries "reaffirmed the determination to continue their ongoing cooperation in order to ultimately eliminate terrorist individuals, groups, undertakings and entities," the statement read.

They "expressed their opposition to the illegal seizure and transfer of oil revenues that should belong to Syria".

They also "rejected all attempts to create new realities on the ground under the pretext of combating terrorism, including illegitimate self-rule initiatives, and expressed their determination to stand against separatist agendas" in Syria.

The trilateral statement was released after Erdogan urged his Russian and Iranian counterparts to back his efforts to fight "terrorism" in Syria.

It comes after he has lately repeatedly threatened to launch a military offensive against a semi-autonomous Kurdish administration in Syria's oil-rich northeast.

Turkey has launched waves of attacks on Syria since 2016, targeting the Kurdish fighters as well as Islamic State group jihadists.

It has also supported Syrian rebels against the government of President Bashar al-Assad.

Iran and Russia are also involved in Syria's conflict, but support, rather than oppose, Assad.

"It should be understood clearly that there is no room in our region's future for separatist terror organisations," Erdogan said at the summit.

"We will continue our fight against terrorist organisations in the time to come," he added.

Iran's supreme leader Ayatollah Ali Khamenei had however told the Turkish leader in a pre-summit meeting that a new Turkish offensive against the Kurds in Syria would be "detrimental" for the region.

He called for the issue to be resolved through dialogue between Ankara, Damascus, Moscow and Tehran.

It was not immediately clear whether the trilateral statement at the end of the summit reflected any alteration in Iran's position on a Turkish offensive.