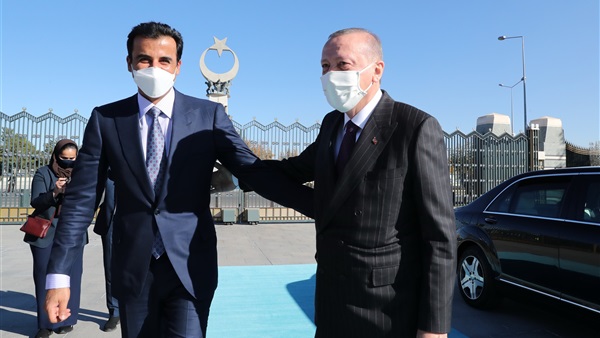 Shafaq News/ Qatar announced on Thursday a series of high-profile investments in Turkey, its biggest ally in a years-long rift with Gulf heavyweights Saudi Arabia and the United Arab Emirates, including the purchase of a stake in the country’s main bourse.

Doha-based sovereign wealth fund Qatar Investment Authority signed a memorandum of understanding with its Turkish counterpart known as TWF to purchase a 10 stake in Borsa Istanbul AS, According to Bloomberg.

The agreement for a minority stake in the company that runs the main Turkish stock exchange, for an undisclosed amount, was unveiled at a ceremony at the presidential palace in Turkey’s capital Ankara. It was overseen by Turkish President Recep Tayyip Erdogan and Qatari Emir Sheikh Tamim bin Hamad Al Thani.

The Gulf state also signed another preliminary deal to invest in a multibillion dollar port project in Istanbul and finalized an earlier agreement to buy a stake in Istinye Park, one of Istanbul’s largest shopping malls that are popular among tourists from the Middle East.

Meanwhile, Turkey has stationed troops and steadily built up a base in Qatar since 2017. Qatar, a major Gulf gas producer, has since then pledged as much as $15 billion of investment and offered a credit line to backstop Turkey’s financial system at the height of its currency crisis in 2018. Turkish and Qatari central banks tripled the limit of their existing swap deal this year.

The agreement on Borsa Istanbul, if finalized, would reduce the Turkish sovereign wealth fund’s stake in the company to 80.6%.

Since 2015, Borsa Istanbul has been postponing its decision to go public as it waited for a favorable time to get better value.