Part of Beirut's giant silos could collapse at any moment 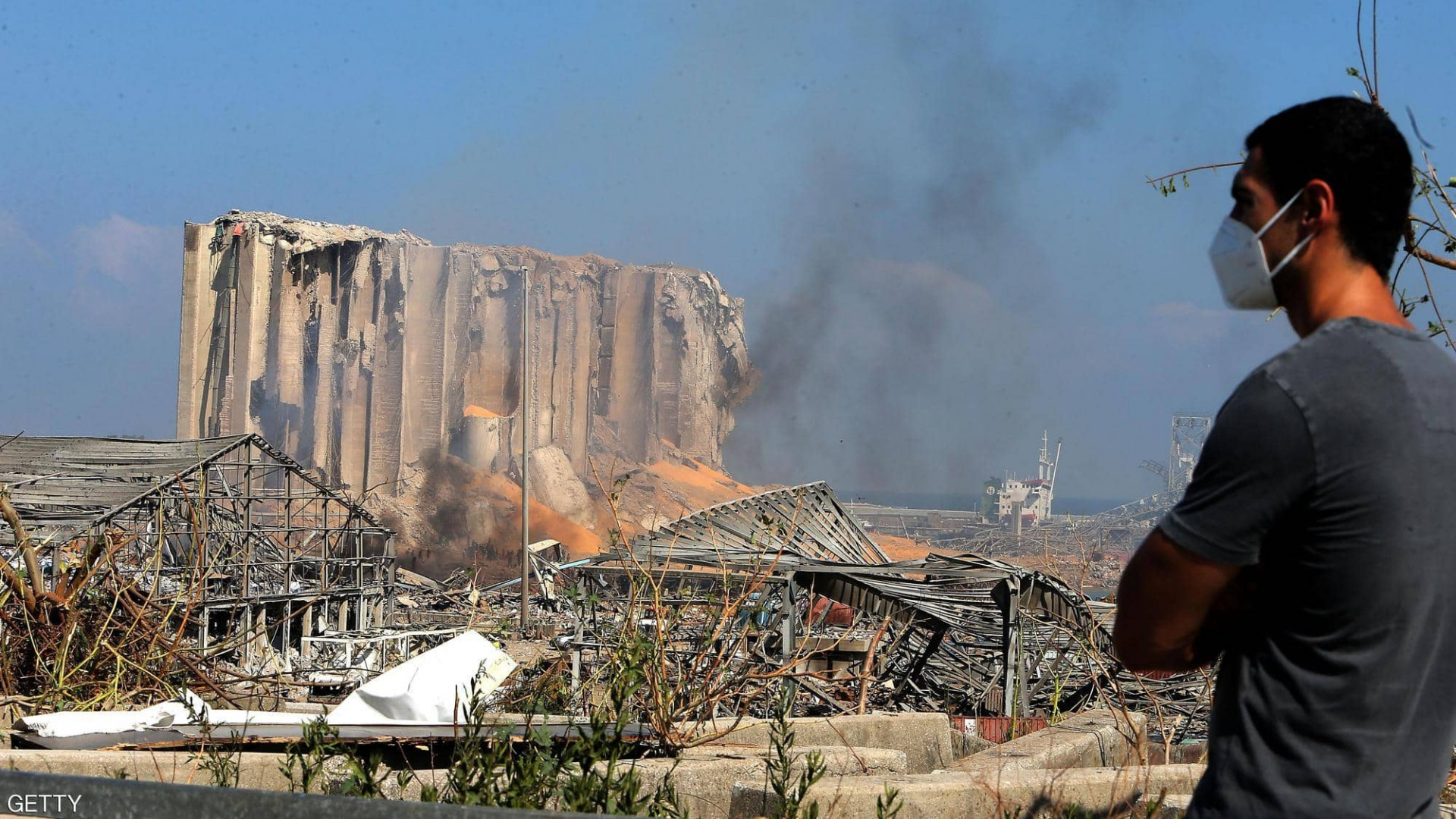 Shafaq News / The Lebanese caretaker government warned that the northern side of the giant silos in Beirut port could fall at any moment.

The Lebanese Minister of Environment, Nasser Yassin, said, "the southern part of silos is stable, and the northern part is at risk to collapse."

Yassin explained that the weather and the fires that broke out in the grain are the main reason that threaten the silos."

"The Ministry of Economy removed about 6 to 7 thousand tons of grain from the silos last year, and there are still about 15,000 tons… the workers would be in danger if they try to remove the remaining."

The minister stressed that "the Beirut Port must be evacuated before the collapse of the silos." He stressed.

The large block of Beirut's giant port grain silos, shredded by a massive explosion two years ago, collapsed on Thursday as hundreds marched in the Lebanese capital to mark the second anniversary of the blast that killed scores.

The northern block of the silos, consisting of four towers, had been slowly tilting for days before it collapsed, causing a massive cloud of dust. The silos had shielded Beirut's western neighborhoods in the Aug. 4, 2020 explosion that killed nearly 220 people, injured over 6,000, and caused damage worth billions of dollars.

Thursday's collapse of roughly a fourth of the structure occurred an hour before hundreds of people were to gather outside the facility to mark the 2nd anniversary of the disaster. Authorities had evacuated parts of the port earlier this week — after an initial section of the silos collapsed on Sunday — as a precautionary measure, and there was no indication that anyone was hurt.